The Bold and the Beautiful Spoilers: Kim Matula Returning As Hope Logan During Freedom Fashion Show? 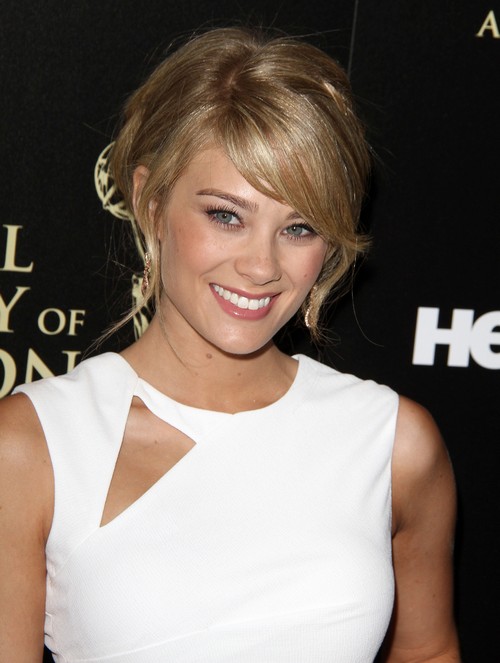 “Bold and the Beautiful” spoilers and casting rumors tease that Kim Matula could be headed back to the CBS soap as Hope Logan for another surprise appearance on during the Freedom Fashion Show episodes now running. Maya Avant’s fashion show to launch her new line is not only huge for Forrester Creations, but personally as well – Maya’s parents get to see her in all her glory as the face of the new fashion line as she walks the catwalk. Of course nothing goes off with out a hitch, and “The Bold and the Beautiful” spoilers tease that Aly will try to sabotage the fashion show.

B&B spoilers tease that the fashion show will be a huge event on the CBS soap, and special guest stars Carmen Cerrara (RuPaul’s Drag Race) and Isis King (America’s Next Top Model) will be making an appearance. B&B fans are convinced that Hope Logan could pop up as well at the fashion show. Although CBS hasn’t actually confirmed the spoilers, the speculation began from a post on the official “The Bold and the Beautiful” Twitter page.

What do you think of Hope's photo shoot? #BoldandBeautiful pic.twitter.com/SdNG5zDEbz

On Wednesday July 15 the CBS Twitter page shared a photo of Kim Matula and captioned it, “What do you think of Hope’s photo shoot?” Obviously you can imagine “Bold and the Beautiful” fans’ confusion – seeing as how Kim Matula quit the CBS soap opera months ago to pursue a movie career, and although she made a brief appearance earlier this Spring, there has been no mention of her on the daytime drama in months. So, why would Kim Matula be doing photo shoots for “Bold and the Beautiful,” and why would they be sharing them on Twitter?

If the “Bold and the Beautiful” spoilers and rumors are correct and Hope Logan is going to pop up during the Freedom fashion show – then her big surprise appearance might not go over as smoothly as CBS hopes – because the responses from B&B fans on Twitter wasn’t exactly warm or welcoming. One B&B fan commented on the photo of Kim Matula, “Oh my god. Tell me that trainwreck isn’t coming back.” Another Twitter user tweeted, “actually threw up a little bit in my mouth at the thought of it.” 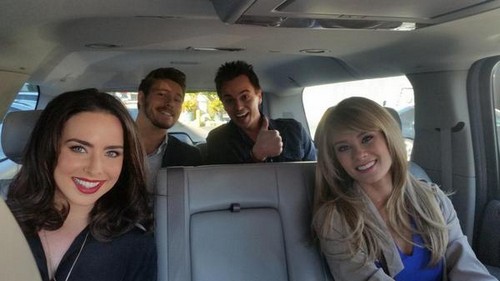 If “Bold and the Beautiful” spoilers are correct and Hope Logan does return for the fashion show, then she will arrive just in time to help talk down crazy Aly – the two girls have always had an interesting relationship and Aly at one point worshipped her, so Hope could wind up saving the fashion show from her. Would you like to see Kim Matula back as Hope Logan, even if it is only a special guest appearance? Why do you think CBS shared a photo of Hope on their Twitter page if she hasn’t been on the show in months? Let us know what you think in the comments below and don’t forget to check CDL for all of your “Bold and the Beautiful” spoilers and news.