‘The Bold and the Beautiful’ Spoilers: Liam Stands Up for Steffy – Wyatt and Ivy Falling in Love – Thomas Sketches Caroline 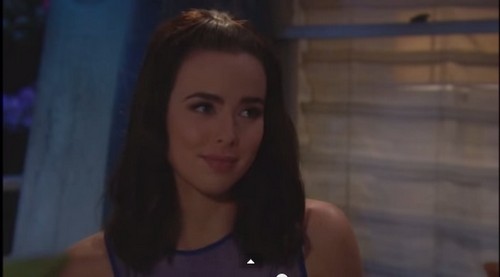 “The Bold and the Beautiful” spoilers for Thursday, July 30, tease that Liam (Scott Clifton) will stand up for Steffy (Jacqueline MacInnes Wood). Liam will tell Steffy he’s not going to let Thorne (Winsor Harmon) blame her for Aly’s (Ashlyn Pearce) death. Steffy has been wrestling with her conscience ever since the accident. Of course, Ivy (Ashleigh Brewer) doesn’t consider it an accident at all. The video Ivy shot proves Steffy struck Aly down. It was a matter of self-defense, but Steffy will continue to face questions about what truly happened that night. As Thorne turns up the heat, Steffy will struggle to keep her cool.

Meanwhile, Ivy will share a tender moment with Wyatt (Darin Brooks). This is the first chance Ivy has really had to stop and breathe. Between Aly’s death and her own recent breakup, Ivy’s stress level has been at an all-time high. “The Bold and the Beautiful” spoilers say Wyatt will let Ivy know he’s there for her if she needs him. Ivy will gaze at Wyatt adoringly and offer her thanks. It sounds like a rebound romance is in the works. Wyatt made the first move with his sudden kiss. There’s a fine line between friends and lovers on B&B; Wyatt and Ivy may have just crossed it.

Katie (Heather Tom) sensed the chemistry between Ivy and Wyatt before Liam officially broke things off. Liam seemed a little taken aback at the thought of Wyatt dating Ivy, but he may have to get used to the idea. Katie will assure Liam that Ivy is going to be just fine eventually. Ivy appears to be fine already, at least in the love department.

At Forrester Creations, Thomas (Pierson Fode) will try to secure his spot on the design team. “The Bold and the Beautiful” spoilers reveal that Thomas will do some sketches in hopes of showing off his skills. Unfortunately, Thomas will do a better job of highlighting Caroline (Linsey Godfrey) than the dresses. The rumors hint that Ridge (Thorsten Kaye) will criticize Thomas for focusing on the wrong subject. It looks like the father-and-son drama is just beginning. Stay tuned to the CBS soap to watch the competition rev up.

So B&B fans, what do you think about the news that Steffy will face more questions about Aly’s death? Will Steffy crack under the pressure? Will Liam get jealous when he gets updates on Ivy’s potential relationship with Wyatt? Is Thomas hoping to steal Caroline away from Ridge? Let us know what you think in the comments below and don’t forget to check CDL tomorrow for the latest “Bold and the Beautiful” spoilers, rumors, updates and news.

Watch The Bold and the Beautiful video preview of Thursday, July 30 below