The Bold and the Beautiful Spoilers: Maya and Rick Have Sex – Ridge Successfully Seduces Caroline 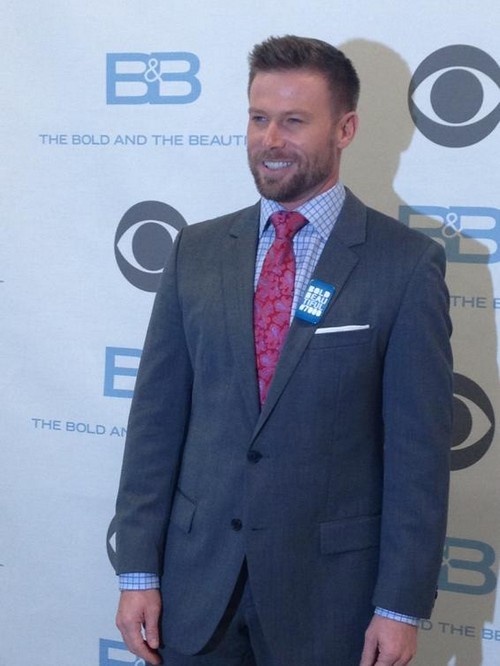 “The Bold and the Beautiful” spoilers tease that the episode of the CBS soap airing on Thursday January 15 will be a hot one – full of steamy encounters. B&B rumors have been flying around for quite a while that Caroline was going to wind up with Ridge – however fans were doubting their validity this week when Caroline informed Ridge that she wanted to work on her marriage to Rick Forrester. But, judging from the hot scenes between Ridge and Caroline in the spoiler video for January 15th, there is still a very real chance that the two characters could end up together.

The “Bold and the Beautiful” spoiler video for Thursday’s episode of the CBS soap shows Ridge and Caroline still debating about their relationship, and the undeniable connection that they share. In the promo video Ridge tells Caroline, “The only thing that is left if wanting something that we have never had before.” Then the Casanova leans in for a kiss and mumbles, “I am not seducing you.” Judging from the spoiler video, it looks like Ridge is pulling out all the stops to win over Caroline, and she is falling for it hook, line, and sinker.

In other “Bold and the Beautiful” news, while Ridge is romancing Caroline, the sneak peek of Thursday’s episode shows that Maya will be working her charms on Rick Forrester, determined to win him over since she is starting to realize what fans have been saying all along – that he is just using her to get even with his wife. The “Bold and the Beautiful” spoiler video shows Maya and Rick together in bed and she coos to him, “I will make the best life for you Rick. I will never embarrass you.”

So B&B fans, do you think that Caroline will be able to deny her feelings for Ridge much longer, or on Thursday’s episode will she finally cave and hook up with him? Do Maya and Rick have real feelings for each other – or are they both using each other for their own selfish reasons? Let us know what you think in the comments below and don’t forget to check CDL tomorrow for more “Bold and the Beautiful” spoilers and news.