General Hospital Spoilers: Kristen Alderson Joining Days of Our Lives With Kassie DePaiva or Is OLTL Alum Hired By A CBS Soap?

BY Amanda Austin on January 14, 2015 | Comments: 9 comments
Related : Days of Our Lives, General Hospital, Soap Opera, Spoiler, Television, The Bold and the Beautiful, The Young and the Restless, Uncategorized 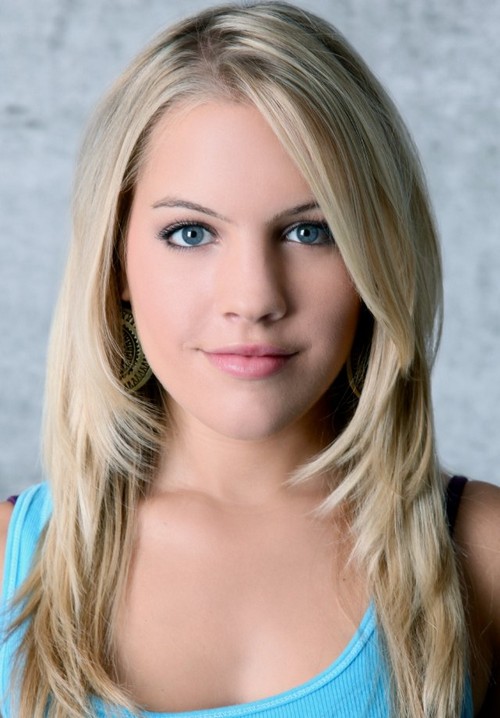 “General Hospital” spoilers and coming and going news recently confirmed that Kristen Alderson is leaving the ABC soap and her character Kiki Jerome will be exiting Port Charles. The shocking casting news has created a media frenzy, and rumors are running rampant about why the former OLTL actress has decided to quit the soap. General consensus on the internet is that Alderson is leaving “General Hospital” to join another soap opera because of her lack of screen time – the real question is, which one?

When “General Hospital” spoilers first broke the news that Kristen Alderson was quitting the ABC soap – a rumor began flying around the internet that she had joined CBS’s “Bold and the Beautiful.” At the end of 2014 Kim Matula exited – and TPTB confirmed they would be recasting the role of Hope Logan with a new actress. Ironically the same week that it was confirmed Kristen Alderson was leaving GH, she dyed her signature dark hair bleach blonde – which fueled rumors that she had been cast as the new Hope Logan.

Although the theory that Alderson has been tapped as Hope Logan on “Bold and the Beautiful” has gained a lot of traction. Fans of NBC’s soap “Days of Our Lives” seem to think that she is headed to Salem to play the part of Paige. Rumor has it that the DOOL writers have been looking to replace True O’Brien for quite a while since her screen presence is falling flat among viewers – and who better to replace her with than Kassie DePaiva’s old on-screen daughter Kristen Alderson. The dynamic mother and daughter duo lit up the “One Life To Live” screen for many years.

Then there is always the chance that Alderson is headed to Jill Farren Phelps’s “The Young and the Restless,” since the CBS soap has been swapping actors with “General Hospital” for the past year. “The Young and the Restless” spoilers recently gave fans a reason to believe they could be bringing back the character of Chloe Mitchell (formerly played by Elizabeth Hendrickson), and some Y&R fans seem to think that Kristen Alderson would be the perfect fit.

When “General Hospital” spoilers confirmed that Alderson was exiting – the actress announced on Twitter that she would fill GH fans in on what was happening in a few days. So, at this point all we can continue to do is speculate until she actually confirms or denies that she is joining another soap. Until then, where do you think Kristen Alderson should go? Would you like to see her on “Days of Our Lives,” “The Young and the Restless,” or “Bold and the Beautiful?” Let us know what you think in the comments below and don’t forget to check CDL tomorrow for more “General Hospital” spoilers and news.

Update: Kristen released a video claiming she quitting all soaps – does this remind anyone else of what Steve Burton said when he quit GH? Of course a while latter he mysteriously had a change of heart and was suddenly on The Young and the Restless as JFP’s pet. Naturally quitting one soap and immediately jumping to another could be frowned upon by fans and seen as mercenary. So is Kristen Alderson really done for good with all soaps? What do you think?