The Young and the Restless Spoilers: Elizabeth Hendrickson Returns – Is Chloe Pregnant With Billy’s Baby For Delia’s Anniversary 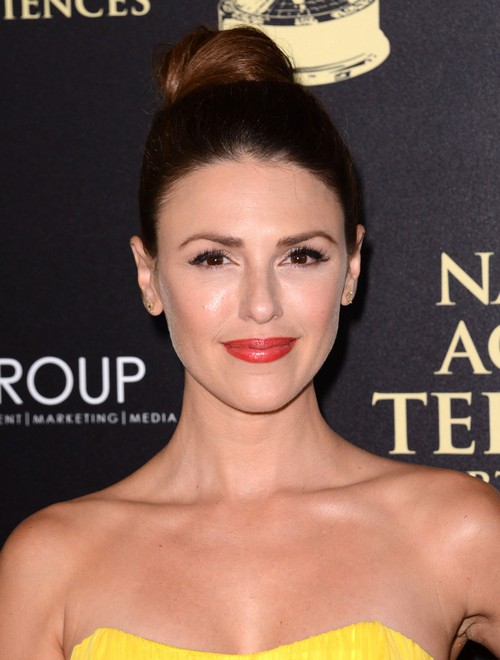 The Young and the Restless spoilers reveal that the anniversary of Delia Abbott’s death is coming up on the CBS soap opera. For those of you who don’t remember, the young daughter of Billy Abbott and Chloe Mitchell was killed in a hit and run accident on the side of a dark road, allegedly by Adam Newman.

Since Delia’s death, Billy and Chloe’s lives both fell apart. Billy had an affair with a woman he met at his grief counseling group which caused him and his wife Victoria to get a divorce. Chloe held a full-blown meltdown and in a moment of temporary insanity she kidnapped Chelsea and Adam Newman’s son Connor and travelled to Europe with him. After Chelsea and Victor rescued Connor, charges were pressed against Chloe and instead of going to prison, she went away to a mental health facility.

According to The Young and the Restless spoilers on Daytime Confidential, Elizabeth Hendrickson, who left Y&R back in May will be returning this fall for the one year anniversary of Delia Abbott’s death. While there is no news yet on how long Hendrickson will be back on the CBS soap opera since she is no longer under contract, it will be interesting to see how the storyline played out. The last time we saw Chloe Mitchell in May, she was hell-bent on having another child with Billy Abbott to replace their daughter Delia. When Chloe left Genoa City, she took a cup of Billy’s sperm with her that she stole from a fertility clinic. So, there is a huge chance that when Chloe returns, she will be sporting a baby bump.

What do you think about Chloe returning this fall? Do you think that she used Billy’s sperm to get herself pregnant, or did she come to her senses after she left town and stop her crazy scheming? With the anniversary of Delia’s death coming up, do you think the writers will revisit whether or not Adam Newman is truly the driver that killed her in a hit and run? Let us know what you think in the comments below and don’t forget to check CDL tomorrow for more YR spoilers.