The Young and the Restless Spoilers: Chelsea Visited by Adam Newman in Her Dreams – Mariah Spurns Nick Grows Closer to Kevin 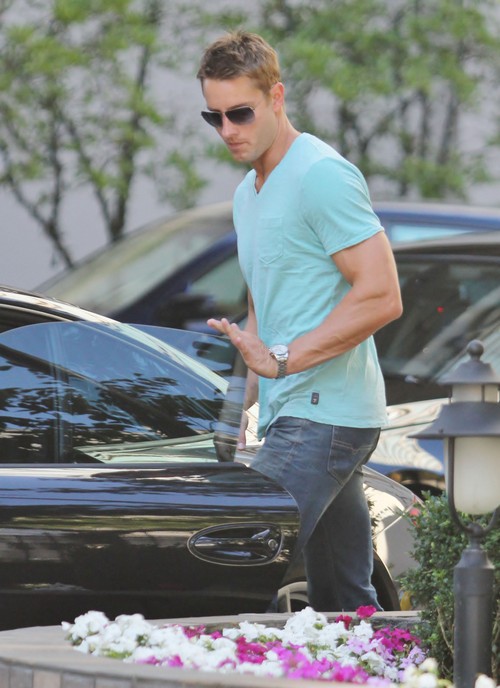 The Young and the Restless spoilers revealed weeks ago that Justin Hartley had been cast as Adam Newman, and the character would be returning to Genoa City in November. Adam Newman’s entire family, including his wife Chelsea believe that he died in a fiery car crash. Since Adam’s “death” Chelsea has since moved on and with Adam’s rival Billy Abbott. So far Adam Newman has been watching their affair from afar via video surveillance, but if we know Adam Newman, he is only going to be able to sit aside and watch Chelsea and Billy for so long before he returns to Genoa City to put a stop to their fling.

The Young and the Restless CDL exclusive spoilers reveal that on the Thursday September 11 episode of Y&R, they begin setting the stage for Adam’s big return. Apparently Chelsea begins having dreams that Adam is still alive, and in a hot and steamy dream of her’s Adam walks in and catchers her in the shower with Billy Abbott! Y&R spoilers tease that when Chelsea wakes up she immediately calls Billy and fills him in on her dream about him, and Billy asks her to come back to Genoa City because he misses her and is divorced from Victoria and single and ready to mingle. If only Chelsea knew that in a matter of weeks Adam could really waltz in to the house and catch her with Billy!

The Young and the Restless spoilers for September 11 also tease that Mariah turns to the one person in Genoa City she trusts for help, none other than Kevin. After a failed attempt to get Mariah to come home with him, Nick Newman tells Kevin that Mariah needs a friend, and he is going to have to be that friend. Y&R fans can also expect a heartfelt scene between Neil and his brother Malcolm, and an unexpected truce between Hilary and Lily.

So Y&R fans, what do you think about Chelsea’s dream? If that’s not some serious foreshadowing, then we don’t know what is. Now that Billy is divorced do you think that he and Chelsea will begin hooking up again? And, what about Mariah and Kevin? Could there friendship turn in to something more? Let us know what you think in the comments below and don’t forget to check CDL tomorrow for more The Young and the Restless spoilers.