BY Amanda Austin on August 20, 2014 | Comments: 10 comments
Related : Days of Our Lives, General Hospital, Hot News, Soap Opera, Spoiler, Television, The Bold and the Beautiful, The Young and the Restless 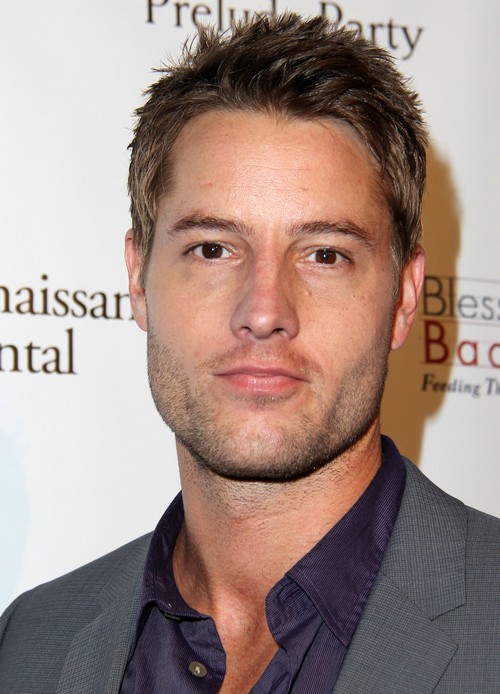 The Young and the Restless spoilers have been teasing that Adam Newman would be returning to the CBS soap opera very soon. Over the course of the last few months, Y&R fans learned the allegedly dead character was very much alive, and scenes have aired of his hands and arms, but not his face. Since Michael Muhney, who played Adam Newman was let go at the beginning of 2014, fans have been speculating as to who the new Adam Newman would be. Some Muhney fans held on to hope that he would return to The Young and the Restless, however Muhney took to Twitter last week and announced that he would not be returning, and he is “moving on” form that chapter of his life.

The Young and the Restless spoilers reveal that TPTB have finally cast a new actor to play the part of Adam Newman and replace Michael Muhney. On August 19th news broke that actor Justin Hartley has officially landed the role, and will begin filming in September. Hartley’s first air date as Adam Newman will occur sometime during November, 2014.

Y&R fans may recognize Justin Hartley from his roles on Smallville, and more recently on ABC’s Revenge. Hartley also did a few guest appearances on Emily Owens MD, Hart of Dixie, Chuck, and Castle. He is currently starring on ABC’s drama Mistresses, and is paying the part of Joss’s new fiancé Scott, a wealthy plastic surgeon. Hartley dished to TV Guide about his new role on The Young and the Restless. He told TV Guide, “”I’m so pumped about joining Y&R — I watch it all the time and can’t wait to get in there and get my hands dirty! I have great respect for daytime drama. I love the branding. I love the style. What can I say? I love good soap!”

So Y&R fans, what do you think of your new Adam Newman? Are you happy with the decision to cast Justin Hartley? Or do you think he looks a little young and too clean-cut for the role? Let us know what you think in the comments below and don’t forget to check CDL for all of you’re the Young and the Restless spoilers.

Update – as always Michael Muhney was a complete gentleman about the recasting of Adam Newman with Justin Hartley and tweeted the following: 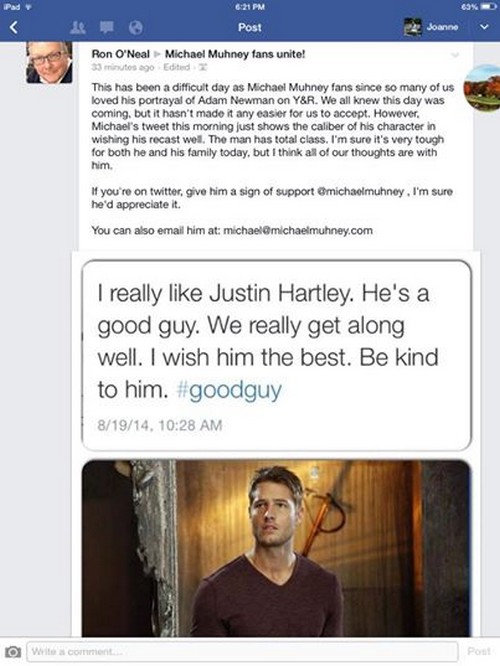