BY Amanda Austin on May 24, 2014 | Comments: 70 comments
Related : Hot News, Soap Opera, Spoiler, Television, The Young and the Restless 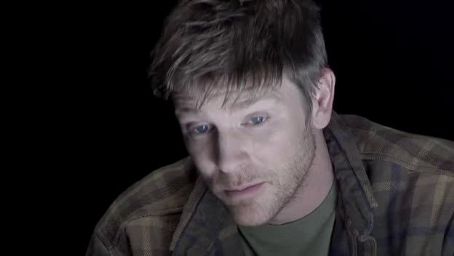 There’s another crazy cast shake-up going on behind the scenes of The Young and the Restless. According to a report out this morning, Jill Farren Phelps and TPTB at Y&R have sent David Tom packing.

Tom took over the role of Billy Abbott earlier this year when Phelps refused to give fan-favorite Billy Miller some time off. Miller wanted a few months off to work on another project, and instead of granting him said time off, Jill Farren Phelps replaced him with David Tom.

To say Y&R fans were outraged by the replacement would be understatement. No one was happy with David Tom’s acting and they took to social media to voice their opinions. Y&R producers tried to remind fans that Tom was actually the original Billy Abbott back in the late 90’s, but no one wanted to hear it. In comparison to Billy Miller’s job as Billy Abbott-Tom definitely fell short.

Daytime Confidential says that David Tom has left The Young and the Restless, because of a change in direction of the storyline for Billy – whether he has quit or was fired is still up in the air. But, they already have a replacement and he will begin appearing in episodes in late June. Burgess Jenkins, who you might recognize from Nashville or Army Wives, is the new Billy Abbott!

What do you think of The Young and the Restless recasting Billy Abbott? This news gives credence to our CDL report this week that JFP was trying to rehire Billy Miller but was turned. Is it because of all of the backlash they received when they out David Tom in the role? Let us know what you think in the comments before.

Update: Burgess Jenkins confirmed on Twitter May 23 that he is indeed hired by The Young and the Restless to replace poor David Tom as Billy Abbott – let’s see how all this plays out. Will fans like the new Billy? 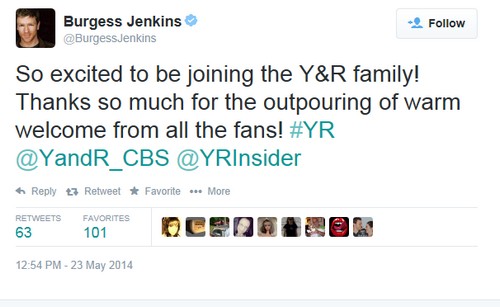 Rearranging deck chairs on the Titanic…..this Captain needs to go down ,before the ship….sad what damage she caused to this show.

Michael Muhney and Billy Miller,could act the adds in the phone book,and be awesome….

I really think CBS/SONY wants to get rid of Y&R so they hired her to do the job. That’s the only explanation I see to this madness.

I’m glad. I’ve never seen this guy act but just googling him, the still images show more acting ability than David Tom so I’m absolutely willing to give him a chance. Now, to fire JFF and The Moustache!

I didn’t like David Tom’s portrayal of Billy Abbott. He turned him into a self pitying, whinny little boy. No maturity showed through. If he had dialed it back he would have been much better.

I loved Billy Miller as Billy Abbott. David Tom is not a bad actor, it’s just we are spoiled with Billy Miller and rightfully so. Nothing surprises me with all the changes going on at Y&R. They def need to do something with that Jill woman!!!!

I want Billy Miller!!!!!! I feel bad for David Tom but it’s going to be hard for ANYONE to follow Billy Miller!!! No one will ever measure up! Thanks for nothing JILL PHELPS!!! U need to go! I just hope Y&R can recover from losing 3 major actors!!

Here we have a sampling of what people are thinking about this casting change. No strong opinions yet on Burgess Jenkins. Rest assured that will change soon enough!