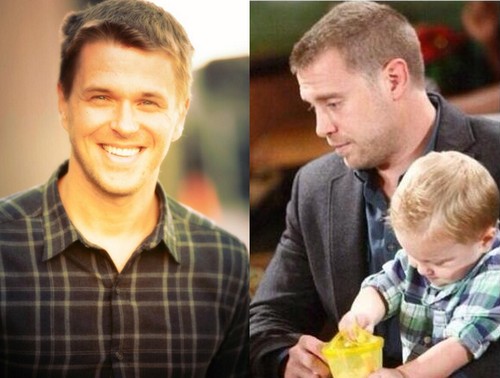 David Tom seems to be facing an uphill battle stepping back into the role of Billy Abbott on The Young and the Restless. Tom originally played the character about 12 years ago and back then his work was popular enough to win him a Daytime Emmy. In recent years, Billy Miller took over the role and truly made it his own while winning over a legion of fans. He helped to transform the character in a grown, solid, complex man and it was really hard to imagine anyone replicating his performance.

Tom completely agrees with the poor assessment of his acting and in the Feb. 24th print edition of CBS Soaps he says that there is no way he can duplicate the character that Martin crafted before his recent exit from Y&R. Tom is simply hoping that he can slowly take Billy in a direction that is comfortable for him without disrespecting the work that Martin did. It’s pretty clear that it’s going to take him some serious time to accomplish that.

Perhaps Y&R should have integrated Tom into the mix a little more gently. Instead he was tossed into a major story line and the result has been unsettling for viewers. The initial consensus seems to resemble a storm of negativity with long time Y&R fans lashing out at the recasting in general and also at bringing Tom in to do the job. To be fair, they are not very likely to accept any recast right now because they really hated to see Miller leave and his reasons for going didn’t help. Basically the powers-that-be, Jill Farren Phelps, wouldn’t allow Miller some time off to pursue other brief projects – something the show has always allowed until recently. He wanted the opportunity to grow as an actor and had no choice but to leave the show (we call being fired), infuriating fans.

Do you think that once Tom settles in then the backlash will stop or is he simply the wrong guy for this job now? Tell us your thoughts in the comments below!