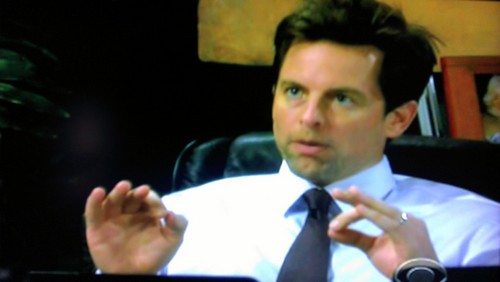 The search for a new Adam Newman on The Young and the Restless appears to be at a standstill, or else TPTB have managed to keep the casting a total secret (which is unlikely considering how high-profile the role is). Regardless, Jill Farren Phelps is going to have to make an announcement soon, because Y&R fans are growing impatient with just scenes of Adam Newman’s hands.

At first, we thought TPTB at the CBS soap opera were just being clever and only showing Adam Newman’s hands to build up for a big reveal in the future. But, now it has become clear that their motives behind the infamous scenes are simple, they aren’t showing Adam Newman’s face because they don’t have an actor play Adam Newman yet! We decided to put together a list of all of the rumored Michael Muhney replacements for Y&R fans, check it out below and let us know which casting you are hoping comes to fruition.

Michael Muhney: Some loyal Muhney fans are clinging to hope that he has settled his differences with TPTB at The Young and the Restless and has been given back his iconic role as Adam Newman. Although it sounds far-fetched, the June 19th edition of Soap Opera Digest reported that Muhney was seen on the set of Y&R, making the possibility of Muhney returning to the soap opera a reality. Amidst all of the drama over the hands scenes on The Young and the Restless, Muhney took to Twitter and posted a photo of his own hands, further fueling rumors that he had been recast.

Cameron Mathison: All My Children alum Cameron Mathison was also spotted on the set of Y&R recently, and is rumored to be in talks with TPTB over an upcoming role on the soap opera. Ironically, on All My Children, Mathison played the part of Ryan Lavery and was married to Melissa Claire Egan’s character Annie. So, the pair definitely has some chemistry and would make a great couple on The Young and the Restless. Some fans have been skeptical about Cameron Mathison joining the cast: he’s a great actor but doesn’t exactly have the “bad boy” market cornered.

Trevor St. John: Back in February when it was revealed on The Young and the Restless that Adam Newman was actually still alive, rumors began running rampant as to which actor would land the role. Although there was never any solid evidence pertaining to this theory, a persistent rumor that just didn’t seem to die was that Y&R was looking at One Life To Live alum Trevor St. John for the part.

So Y&R fans, those are the three main rumors regarding the role of Adam Newman. Which actor would you prefer to see in the role? Michael Muhney, Cameron Mathison, or Trevor St. John? Although Muhney supporters have campaigned for weeks to get their favorite actor back on Y&R, do they really want him to go back to a show that tarnished his reputation and treated him so poorly? Let us know what you think in the comments below.