The Young and the Restless Spoilers: Michael Muhney To Be Replaced By Trevor St. John as Adam Newman – Jill Farren Phelps Decides? 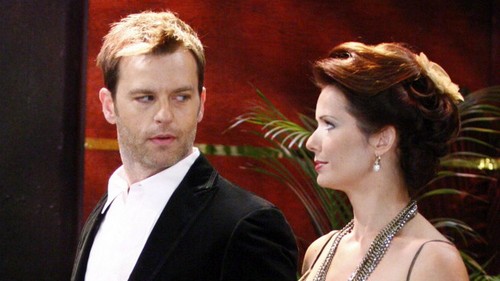 Millions of soap fans tune into The Young and the Restless every week to check out the drama in Genoa City, if the producers filmed the behind-the-scenes drama as well they would probably double their viewers. The Y&R powers that be recently fired fan-favorite Michael Muhney after he was accused of groping another cast member. Fans were outraged after Muhney was told to hit the road, and the general opinion seems to be he was let go under false or exagerated circumstances. Now, it’s time for Muhney’s character Adam Newman to come back to Genoa City, and Newman’s impending return has reopened the can of worms surrounding his dismissal from the show.

The Young and the Restless fans have made it very clear that they don’t want a new actor to play the role of Adam Newman, they want Michael Muhney back. The small group of Y&R fans that have accepted the fact that Michael Muhney will not be returning to The Young and the Restless, have begun campaigning for soap opera alum Trevor St. John to take on the roll. Trevor St. John is known for his role on the cancelled ABC soap One Life To Live, and acquired a legion of devoted fans after his portrayal of Victor Lord Jr. Fans have pointed out that St. John bears a resemblance to Muhney, and his acting style would make it easy for him to fill Muhney’s shoes and take on the role of Adam Newman. He is currently working on a movie, Grief of Others,  but there is no reason he couldn’t take on both projects.

The odds of Jill Farren Phelps casting Trevor St. John are slim to none though, just because of the simple fact that St. John is who the fans want. Jill Farren Phelps seems to not only ignore the Y&R fans’ wishes, it’s almost as if she does the exact opposite of what her devoted viewers want to see. Instead of taking the fans’ desires into consideration, Phelps seems to be set out to prove she is the one in charge of the soap opera, and her decision is final. The big-headed Y&R producer seems to forget that without the fans she wouldn’t have a show to produce.

So, Y&R fans would you like to see Trevor St. John take on the role of Adam Newman? Or have you realized it doesn’t matter what you want because Jill Farren Phelps makes sure she always has the final say? Share your thoughts in the comment section below.