The Young and the Restless Spoilers March 17-21: Chelsea Gets A Restraining Order Against Chloe – Sharon Newman Makes A “Life Changing” Decision 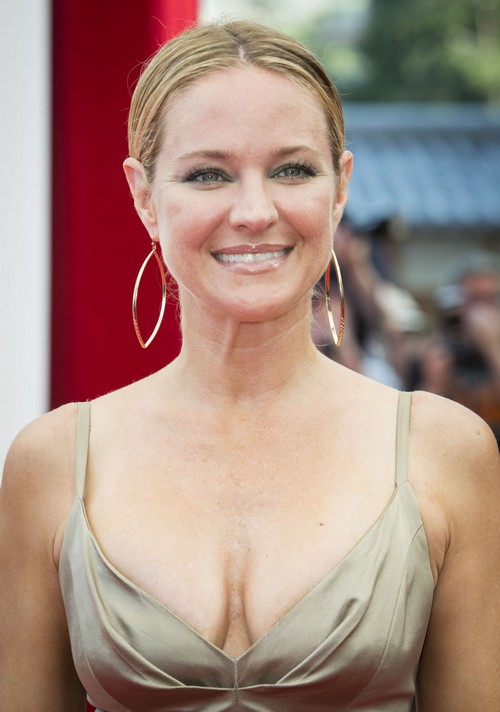 The Young and the Restless may be preempted this week, March 17th-21st, by the NCAA basketball games – be aware shows might be on at different times – but that doesn’t mean the daytime soap opera will be short on any drama. According to the Y&R spoilers released, soap fans are in for another exciting week in Genoa City.

Chelsea makes a shocking announcement next week on The Young and the Restless, and reveals to Chloe that after she returned from Paris she marched down to the police station and filed a restraining order against her. After Chloe’s kidnapped Connor, Chelsea felt that Connor may be in danger and wanted to protect him from Chloe. Chelsea’s announcement will “cause issues” for Chloe.

Also next week on The Young and the Restless, Jack and Billy will “exchange words.” Billy supposedly doesn’t have any feelings for Kelly and wants to work their marriage out, but he is still furious that Jack actually tried to pay Kelly to leave Genoa City. If Billy doesn’t have feelings for Kelly, what does he care if his brother buys her a one way ticket out of town?

Next week, March 17th-21st, Lauren will call Jill out on her marriage to Colin. Jill will admit to Lauren that at first she married Colin because she was blackmailed into it, but then Jill will make a shocking confession about her feelings for him.

Sharon Newman will make a shocking decision, which will “change her life forever”. Rumor has it, that shocking decision may be to finally confess to Nick that she tampered with his paternity test and Summer is actually his daughter, and not Jack’s. Sharon thinks that if she confesses to Nick, her conscious will be clean, and Cassie’s “ghost” will stop haunting her.

Meanwhile, Cane will consider the job offer that Victor gave him, Neil will have to “run interference” between his daughter Lily and Hilary.

So Y&R fans, do you think Chelsea should have filed a restraining order against her ex-friend Chloe, is she really dangerous or was kidnapping Connor a minor lapse in judgment? And, what about Sharon’s life changing decision, do you think she will finally come clean to Nick? Or will she make a different life changing decision? Share your thoughts and theories in the comment section below, and don’t forget to check CDL tomorrow for more The Young and the Restless spoilers.