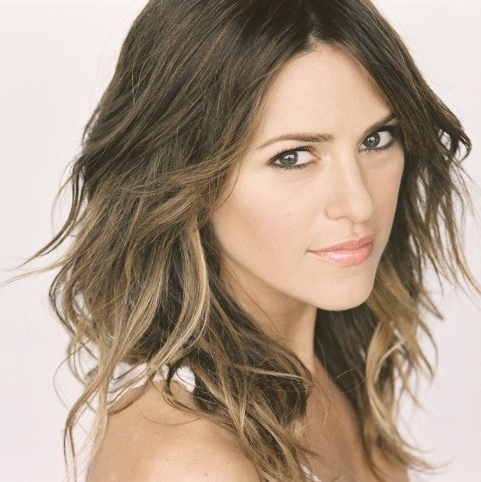 Elizabeth Hendrickson has played the role of Chloe on CBS’s daytime soap opera The Young and the Restless for nearly six years. Hendrickson’s contract with The Young and the Restless is set to expire very soon, and according to TV Guide’s insider Michael Logan, the actress has no intention of renewing it. Logan tweeted this message on Twitter last night, “NOOOO!!! Has @Theehendrickson [Elizabeth Hendrickson] chosen not 2 renew her #YR contract? That’s what I’m hearing & don’t like it one bit!”

Hendrickson’s character Chloe is currently a major contender on Y&R. Young and the Restless fans grieved for Chloe after her daughter Delia was murdered in a hit and run accident (presumably by Adam Newman). Chloe became unhinged after losing her only child Delia, and recently kidnapped Adam and Chelsea’s son Connor and jetted off to Paris with him. Chelsea and Victor rescued Connor and they all returned to Genoa City, however Chloe still found herself in hot water with the police for the kidnapping, and she was recently whisked off to a mental hospital.

If Elizabeth Hendrickson does decide not to renew her Y&R contract, she will be one of many cast shake-ups in the last few months, and possibly the final straw for loyal Young and the Restless fans. Y&R fans are still upset about Michael Muhney’s recent firing, which was immediately followed by David Tom replacing fan favorite Billy Miller. Y&R producer Jill Farren Phelps will have her hands full of angry Y&R fans if Elizabeth Hendrickson goes her separate way as well.

So Y&R fans, are you upset to hear that Elizabeth Hendrickson will also be leaving The Young and the Restless? If she doesn’t renew her contract do you think they will kill off her character, or search for another replacement? Share your thoughts and theories in the comment section below, and don’t forget to check CDL tomorrow for more Y&R spoilers.