The Young and the Restless Spoilers: Adam Newman Seen Alive and On Fire – Jill Farren Phelps Finds an Actor That Resembles Michael Muhney 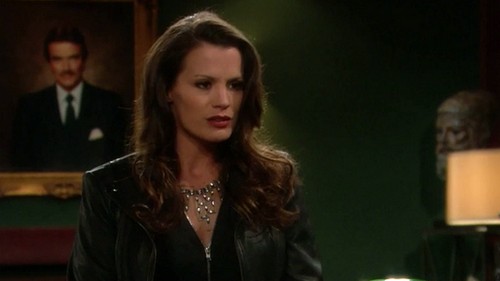 The Young and the Restless fans have been speculating for months that Adam Newman was still alive after a fiery car crash involving him and Billy Abbott. Billy escaped the wreckage, and then the car burst into flames, and Adam Newman’s remains were never recovered.

Ironically the car accident involving Billy Abbott and Adam Newman occurred just weeks after a sexual harassment claim rocked The Young and the Restless cast. Michael Muhney, a fan favorite and the actor that played the role of Adam Newman was fired as a result. The last scene Muhney appeared in was the last scene involving Adam Newman before the car accident. Y&R producer Jill Farren Phelps received a ton of backlash and criticism over Muhney’s firing, fans were not pleased upon hearing the actor was leaving the show.

Today on The Young and the Restless, Victor Newman hired a private detective who tracked down a homeless man who witnessed Adam Newman’s car accident. According to the witness, Newman crawled out of the wreckage before it exploded and was still alive. The homeless man said he saw Adam in the car and his clothes were burning the poor man – but he saw him crawl out and then Chelsea asked where did he go and the homeless man said, “home of course.” This sets the stage for a new actor to come in and take over the role of Adam Newman.

It seems pretty obvious that Y&R is going to bring Adam Newman back sooner rather than later, and they will have to follow the cliché cosmetic-surgery- after-being-burned soap storyline to explain why Adam Newman doesn’t look like Michael Muhney anymore. It appears producer Jill Farren Phelps has created quite a sticky situation for herself. Not only did she fire a fan favorite, Michael Muhney, now she has to find a decent actor that resembles Muhney to play the part of burn victim Adam Newman.

Is there any actor that you can think of that could actually fill Michael Muhney’s shoes on The Young and the Restless? Do you think Phelps jumped the gun bringing Adam Newman back so soon, should she have waited at least a year until some of the backlash over Michael Muhney’s departure had settled down?