BY Cate Meighan on February 10, 2014 | Comments: 30 comments
Related : Soap Opera, Television, The Young and the Restless 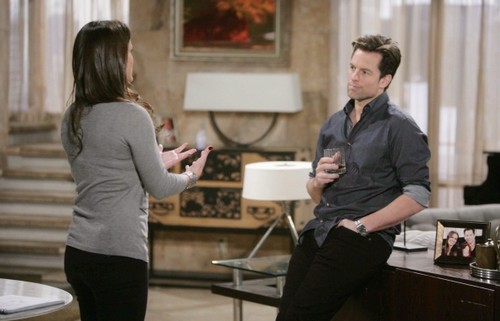 It’s pretty inevitable that The Young and the Restless will recast Adam Newman, the role played until a couple weeks ago by Michael Muhney. I mean, CBS made it perfectly clear even to the actor that he was out of there and after a short while they were going to welcome in a different actor. Muhney has been off screen for only a handful of days now and according to the Feb. 18th print edition of Soap Opera Digest, an interesting casting call has gone out for a supposed character named Connor Boyd. He comes from a wealthy family and the character is described as sexy and vibrant and his family expects him to be a success in business.

Does that sound more than a little familiar? Y&R claims to be looking for an actor in their mid-20’s but they know full well that a multitude of thirty-somethings will come in to read for the role and that age is likely exactly what they are looking for. I think it’s pretty unlikely that Jill Farren Phelps is going to put out an obvious casting call for Adam. Even when David Tom came in to read, he believed it was for a new role but it wound up being for Billy Abbott, a part that earned him a Daytime Emmy ten years ago. David was a replacement for Billy Miller who was fired because he needed just a little time off. That’s how it’s done in this business. The character you’re ostensibly testing for may be just a ploy to cast a more significant role.

So, since it really does seem that Y&R is ready to move on and it looks like they are taking active steps to do so, who do you think that you could stomach as the next Adam? Does anyone come to mind? I realize this question is actually wasted on a bunch of former Y&R fans because a lot of you guys wisely jumped ship in recent months! Tell us your thoughts on them recasting Adam this quickly in the comments below!