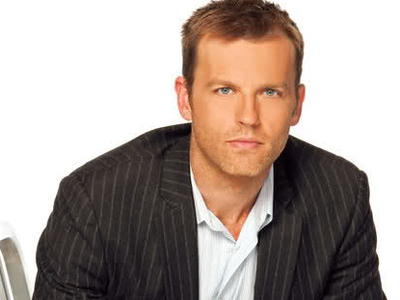 This week on The Young and the Restless, Victor Newman found an eye witness that confirmed Adam Newman is indeed alive. It really doesn’t come as much of a shock that the key character is still alive, does anyone really die for good on soap operas? But, Y&R fans are still buzzing about the revelation. If Adam Newman is still alive, who will play his character?

Fan favorite Michael Muhney played the part of Adam Newman on The Young and the Restless for the last few years, and nailed it. After a sexual harassment case rocked the Y&R franchise earlier this year, producer Jill Farren Phelps fired Muhney. The last scene Muhney appeared in on Y&R was the last scene Adam Newman appeared in before he “died.”

Now, it’s time to bring Adam Newman back, and Jill Farren Phelps has worked her way into a corner. She has to bring back the character Adam Newman, but regardless of who she casts in the role, she is going to receive a ton of backlash from disgruntled Muhney fans.

So, who do The Young and the Restless fans want to see take on the role of Adam Newman? Well, the popular opinion is, nobody, they want Muhney back come hell or high water. But, if they really, really had to choose, Y&R fans would like to see One Live To Live alum Trevor St. John fill Michael Muhney’s shoes.

Trevor St. John has been acting for years, but he is most known for his role as Victor Lord Jr. on ABC’s soap One Life To Live, where he appeared in over 100 episodes stretching from 2006-2013. Physically speaking, St. John could pass as Muhney’s brother, they share an uncanny resemblance. And, as far as an acting presence goes, he could easily fill Muhney’s shoes as Adam Newman.

On our Soap Opera Spy Facebook page we’ve been getting lots of positive comments about the possibility of Trevor stepping in as the new Adam Newman. A typical comment: “for what it’s worth, he is also incredibly gracious to fans. I met him at a One Life To Live event and he couldn’t have been more humble or kind”

And the furor to see TSJ take the role of Adam replacing MM continues with another representative comment: “TSJ would make a great Adam. He is about the only one I could see stepping into MMs shoes.”

Others think that negative circumstances under which Muhney was replaced will work against Trevor being accepted – some former Y&R fans are apparently boycotting the show: “Poor guy,he will not be accepted”..I wouldn’t touch that part…..he must not be watching ,the comments on Billy’s replacement….ouch…still not watching….”

But this comment really summarizes the consensus: “Yes! I am the biggest Michael Muhney fan and am sickened at how he was treated. Still, if Y&R is dead-set on recasting Adam, Trevor St. John is my pick. He’s an amazing actor and has the same sensitive intensity that MM brought to Adam.”

Would you like to see Trevor St. John replace Michael Muhney as Adam Newman on The Young and the Restless? Or, do you think Jill Farren Phelps will ignore Y&R fans requests once again, and choose a completely random actor that looks nothing like the previous character (ie: the David Tom as Billy Abbott fiasco)? Let us know in the comment section below if you think St. John would make a good Adam Newman.