BY Amanda Austin on June 3, 2014 | Comments: 58 comments
Related : All My Children, Soap Opera, Spoiler, Television, The Young and the Restless 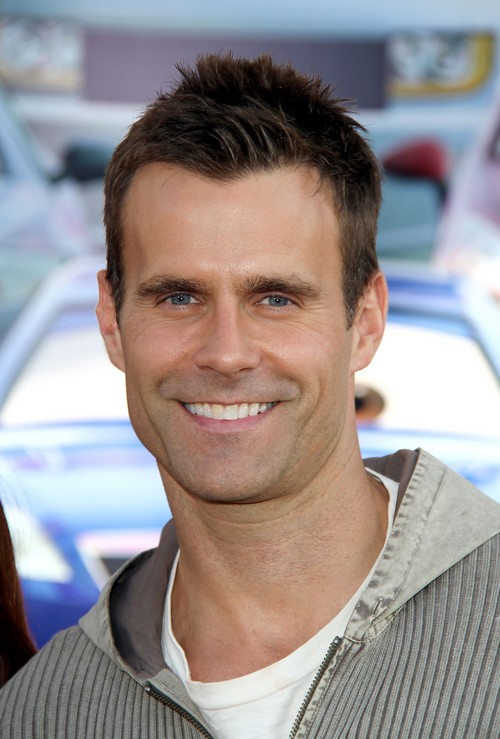 Recent reports have emerged that Michael Muhney was spotted on the set of The Young and the Restless, but still the odds of TPTB at the soap opera giving him his job back are slim to none. And, even if hell froze over and they did offer Muhney his job back, would he really take it after all off the mud-slinging and accusations they threw his way?

According to the June 9th edition of Soap Opera Digest, there is another potential Michael Muhney replacement in the mix. The magazine went on to say, “Sources report that AMC alum Cameron Mathison has met with Y&R about joining the cast.” Mathison is well known for his role of Ryan Lavery on cancelled soap All My Children. And, it gets better! On All My Children Mathison’s character was married to Melissa Claire Egan’s (Chelsea Lawson on Y&R) character Annie. Mathison and Egan clearly have chemistry, why not have them play another married couple on The Young and the Restless?

What do you think Y&R fans? Could Cameron Mathison be the new Adam Newman? Could Cameron be brought on to the show as a new character? Were you a fan of his when he starred on All My Children? Let us know what you think in the comment section below and don’t forget to check CDL for all of your The Young and the Restless spoilers.

What do the Y&R fans at Soap Opera Spy think about Cameron replacing MM as Adam:

NO!!! Like others have stated, he’s too old, wimpy, and NOT ADAM!! Just when i thought i’d try and watch as I like Gina, please don’t do this.

I like him, but won’t support him as Adam ever. I can’t believe he took the job, they must have offered him a ton of money. Come on, after what they did to MM can’t support.

I think he will do a great job, and also Gina Tognoni as Phyllis should be good also. Neither of them will ever be Adam or Phyllis, but I believe they are a very good recast…it will take time for them to make the roles themselves…

So we see some support for Cameron in these representative comments but still, overwhelmingly, fans want Michael!

Update: We haven’t heard anything more on Cameron’s being cast as Adam – but as our spoiler for June 3 indicates JFP is focusing on Adam with increasing frequency. This leads us to believe that a casting choice has been made or is near. Meanwhile we bring you more comments on the topic from Soap Opera Spy fans:

Sorry but CM is a horrible choice for the role of Adam nothing personal but unless Adam had a lobotomy while away and a personality transplant it will never work.

I like him a lot he has buckets of personality. Loved him on AMC.

I really don’t think he can handle that position .I only remember him from dancing with the stars and always having his shirt wide open.

LMAO!!!!!! cameron is no where NEAR the same as MM!!!! EPIC.FAIL. i think they are actively seeking to be cancelled.

Seriously?!!! No no no no no! Michael Muhney is the ONLY Adam Newman. Besides, Cameron is just too wimpy to play Adam Newman, sorry!

who wants a guy to play adam who is more interested in loving the camera – puffing out an open shirt like some crazy birds mating call? NO NO NO! MM was not there to strut his stuff he really played the part believably this guy is just too ego driven sorry just mo.

Really? Come on TPTB need to get their heads of their rears. He too old to play Adam!

Whoever gets the job of playing Adam Newman will face an unusual degree of scrutiny due to the controversial manner in which Michael Muhney left the show. Yet TPTB can’t just jeep using Adam’s hands, can they?