BY Amanda Austin on May 28, 2014 | Comments: 59 comments
Related : Soap Opera, Spoiler, Television, The Young and the Restless 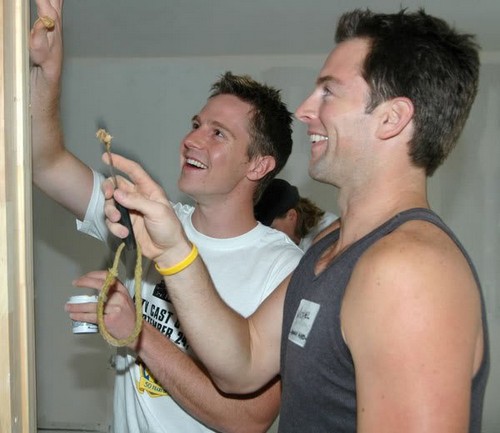 There is some major drama going down behind the scenes of CBS’s daytime drama The Young and the Restless. Since Jill Farren Phelps has taken over the iconic soap opera there has been one casting scandal after another, starting with the firing of fan favorite Michael Muhney.

For those of you who haven’t followed the debacle closely, Michael Muhney was fired in December for allegedly groping his co-star Hunter King. Y&R fans were irate by his dismissal and are confident that the alleged harassment never took place. Coincidentally Muhney’s character Adam Newman was killed off in fiery car crash immediately following his firing. A few months ago it was revealed on Y&R that Adam Newman actually is very much alive and faked his death, however all that fans have seen is his back and his hands in scenes.

At first we all assumed that Jill Farren Phelps had already found a replacement for Michael Muhney, and was just being coy and waiting for a huge scene to reveal the new actor playing the role. Recent reports have confirmed that Phelps and TPTB at Y&R actually aren’t being coy, they still haven’t found a replacement for Muhney despite multiple interviews and casting calls.

Phelps has worked herself into a corner, and there is no doubt that the rumors are true that her job is in trouble. Fans are still outraged over Muhney’s firing, and whatever actor takes on the role will be seriously ridiculed and probably boycotted all together. No experienced or high-profile actor will touch the part of Adam Newman right now, it would be career suicide. And, JFP knows she can’t just throw a no-name or inexperienced actor into the midst because her job is on the line and Y&R fans will reject him. Ratings are already tanking, the last thing TPTB at Y&R can do is cast an actor that no one has ever heard of to play the part of the infamous Adam Newman.

How long can Jill Farren Phelps really drag out the Adam Newman’s hands scenes though? Fans are already growing bored with the storyline, and have expressed their disapproval on social media. Showing Adam Newman’s hands every week seems to be hurting the soap more than it is helping it. The best thing that Jill Farren Phelps could have done was just leave the character Adam Newman dead for a while, and let all of the drama surrounding the character die down.

What do you think Y&R fans? Are you as sick of the scenes featuring Adam Newman’s hands as we are? If Jill Farren Phelps does find a Michael Muhney replacement, who do you hope to see in the role? Let us know what you think in the comments below, and don’t forget to check CDL for daily The Young and the Restless spoilers.