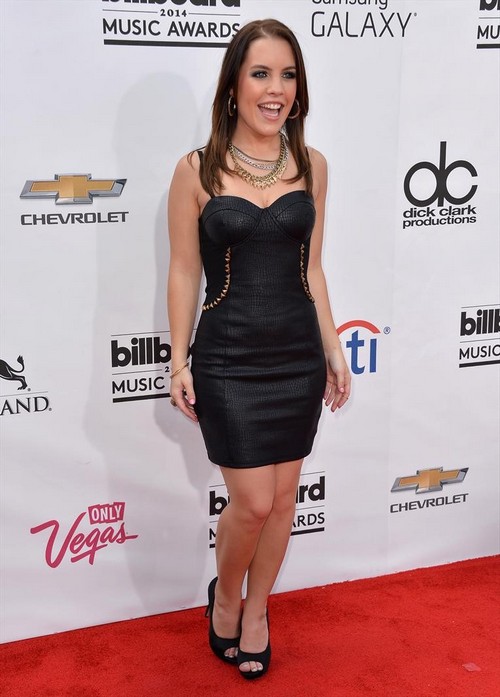 General Hospital spoilers and coming and going news tease that Kristen Alderson is quitting the ABC soap, and her character Kiki Jerome is exiting and leaving Port Charles. GH rumors have been floating around for quite a while teasing that Kristen Alderson was leaving the soap – but so far nothing had been confirmed nor denied by the actress of TPTB at the ABC soap. However, an all new report from Soap Opera Digest reveals that the rumors are indeed true. New rumors claim that Kristen might have quit GH because she’s been given the nod to replace Kim Matula on The Bold and the Beautiful to play Hope Logan!

General Hospital spoilers from Soap Opera Digest reveal, “Setside sources report that Kristen Alderson (Kiki) is out at GH and will wrap her run very soon.” Alderson played the part of Starr on ABC’s former daytime drama One Life To Live since 1998 – when the series was taken off the air, Alderson took the character Starr over to Port Charles in 2012. However, because of a legal dispute with Prospect Park, the GH writers had no choice but to end Alderson’s run as Starr because of a legal dispute over rights to the character. So, Kiki Jerome (the daughter of Ava Jerome and Silas Clay) was created for Alderson in 2013.

Although the General Hospital spoilers from Soap Opera Digest do not explain why Alderson is leaving the ABC soap – she most likely is following in the footsteps of all of the other daytime actors who are jumping ship to pursue a movie career or a career in primetime. There is no casting news yet on whether the writers are considering recasting the character of Kiki Jerome.

It will be interesting to see how the General Hospital writers have Kiki Jerome exit though, as of right now she is broken up with Michael Quartermaine and getting closer to her old flame Morgan – and raising her little sister Avery while her mother Ava is in prison. Perhaps they will have Kiki leave town with her little sister to protect her from all of the mob drama in Port Charles, considering she is half Corinthos and half Jerome – little Avery must be at the top of a lot of villains’ hit lists.

Are you as shocked as we are that Kristen Alderson is leaving General Hospital? How do you think the writers will have Kiki Jerome exit? Will she take Ava’s baby Avery with her? What about Morgan Corinthos? Let us know what you think in the comments below and don’t forget to check CDL tomorrow for more General Hospital spoilers and news.