General Hospital Spoilers: Bill, Jenny and Sly Eckert – Who Are They and How Do They Fit Into The Fluke Storyline? 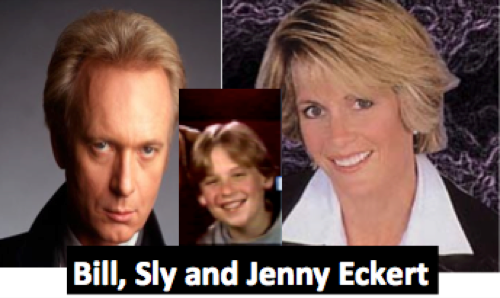 General Hospital spoilers have been working to keep up with the ever evolving Fake Luke storyline as the climax approaches when all GH fans learn who Fluke really is. If you’ve been watching General Hospital this past week the TPTB have been throwing many names out from GH’s rich history. For fans who have been watching for years, the names have been very familiar but for the newbie fans it has everyone scrambling trying to figure out who Jenny Eckert, Sly Eckert, Bill Eckert and Patricia Spencer are.

To help you fit these new characters into the Port Charles landscape we have built a nifty whose who for you below:

Bill Eckert was the cousin of Luke Spencer and was portrayed by Tony Geary from 1991-1993.  The character was brought in to give Tony another character to play but fans hated the character and they soon got rid of Bill. An even more interesting fact about Bill is, he was the spitting image of Luke, they could have been twins. Bill died on GH in the arms of Luke Spencer protecting Lucky and Sly Spencer from a hitman.

Sly Spencer is the son of the late Bill Eckert and Nancy Eckert. When Sly’s Father Bill died Sly went to Europe with his Aunt Jenny Eckert and her husband Paul Hornsby. Sly inherited his father’s estate.

Jenny Eckert is the sister of the late Bill Eckert and was married to Ned Ashton first and later Paul Hornsby. Jenny left Port Charles when she moved to Europe with her husband Paul and her nephew Sly.

Patricia Spencer is the sister of Luke and Bobbie Spencer but she has never been seen on General Hospital. Very little is known about her but she has been mentioned a few times over the years.

So how do all these new characters fit in? Well here is what we know so far: Luke Spencer is being held by Fluke in the Spencer Family house where he grew up. We also know Michael Quartermaine, formerly Michael Corinthos, wants the Spencer house for a clinic he wants to open to honor his dead father AJ Quartermaine.

When Michael checked to see who was the current owner of the house Michael discovered the late Bill Eckert owned it.

Michael then enlisted Ned Ashton to speak to Bill’s sister Jenny Eckert to find out how Bill, who is dead, still owns the house. Ned use to be married to Jenny and they are still on good terms. Jenny told Ashton she had no idea how Bill could own the house and suggested they speak to Bill’s son and heir Sly Eckert.

Patricia Spencer was mentioned by Fluke. He said that Luke had been estranged from his sister Patricia for 40 years. The question is how does she play into the current GH storyline.

So how do the Eckerts fit into the General Hospital landscape? Is Bill Eckert really alive and is he Fluke or is it General Hospital dropping another Red Herring to confuse fans?  At this point it is anyone’s guess.  What do you think CDLers – give us your best Fluke guess below! Tune in later for more General Hospital spoilers! 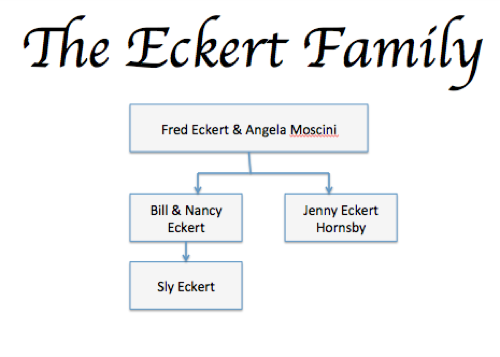