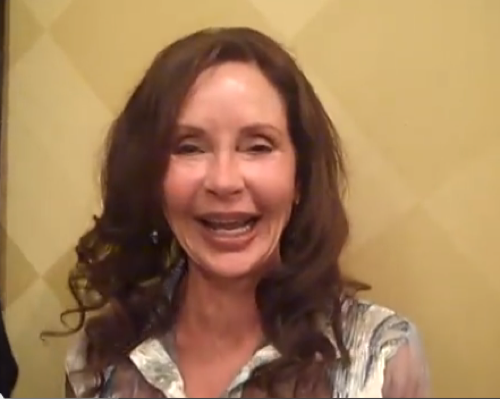 General Hospital spoilers have been teasing the identity of Fluke, the Luke Spencer impostor, for months. Every time GH fans think that the mystery is about to be solved, it turns out to be another red herring or twist that we didn’t see coming. Since it was revealed in early 2014 that the real Luke Spencer was being held captive and an impostor had stolen his identity, a popular theory among GH fans was that Fluke could be Luke’s doppelganger and dead cousin Bill Eckert. Sure, Bill was killed off in the 90s, but does anyone ever stay dead on the CBS soap?

General Hospital spoilers and coming and going news tease that Luke Spencer’s sister, Bobbie Spencer, will appear often during the week of January 5th, and will even reveal a long-kept shocking family secret to Michael Quartermaine while visiting her and Luke’s old childhood home. On Monday’s episode of General Hospital, Bobbie shared some scenes with Fluke (who she has no idea isn’t actually her brother) and she brought up their long dead cousin Bill Eckert – which could be a major clue to Fluke’s identity. Or it could also be just another name drop to throw off General Hospital fans.

General Hospital rumors are running wild about the “big secret” that Bobbie Spencer reveals this week on the ABC soap. A popular theory on social media and General Hospital message boards is that her secret could have something to do with Bill Eckert or could be a major hint as to the identity of Fluke. There is a good chance the memory that visiting her old childhood home stirs up could be about her and Luke’s cousin Bill Eckert – perhaps it will even shed some light on his death. Or it may finally reveal what Fluke’s motive is and why he has such an axe to grind with Luke Spencer.

What do you think, GH fans? Is Bobbie’s secret related to Fluke? What did you think of Bobbie casually dropping the name Bill Eckert? Were the writers just toying with us or was it a major clue? Let us know what you think in the comments below and don’t forget to check CDL tomorrow for more General Hospital spoilers and news.