‘The Bold and the Beautiful’ Spoilers: Steffy and Brooke Deal With Rejection as Wyatt Enjoys Valentine’s Day Date Surprise 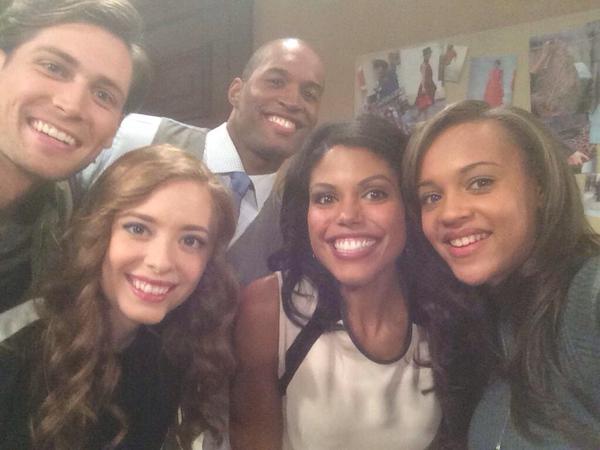 “The Bold and the Beautiful” spoilers for the week of February 9-13 tease some exciting drama and for fans of the CBS soap, and rumor has it they won’t want to miss a single episode! It’s almost Valentine’s Day at Forrester Creations, but some of our favorite couples may not be in the celebrating mood, meanwhile the Spencer Family continues their mission to steal the Fashion Company right out from underneath the Forrester’s noses. According to “Bold and the Beautiful” spoilers, this is what fans can expect to see on the CBS soap the week of February 9.

Monday February 9: “Bold and the Beautiful” spoilers tease that on Monday’s episode Ridge Forrester turns on the charm and grows closer to Caroline Spencer and gives her the self-esteem boost she needs to move on with her life and put her troubled marriage behind her. Meanwhile, Steffy and Liam have a chat about their feelings for each other, or Liam’s lack of.

Tuesday February 10: On February 10 spoilers tease that B&B fans can expect to see double agent Wyatt Fuller try to infiltrate Forrester Creations, he has to beg Rick Forrester (Jacob Young) to give him back his job at the design house. Brooke’s sister Donna makes an appearance and Brooke fills her in on her plan to steal Ridge (Thorsten Kaye) back from Caroline Spencer (Linsey Godfrey).

Wednesday February 11: According to “Bold and the Beautiful” spoilers for the episode of the CBS soap airing on February 11th, there is trouble in paradise at Casa De Quinn (Rena Sofer), Wyatt’s mom is worried that Brooke’s return to Los Angeles will mean that she will lose Deacon Sharpe (Sean Kanan). At Forrester’s Brooke (Katherine Kelly Lang) implements her plan to win back Ridge – and is shocked when he shuts her down and announces that he is staying with Caroline.

Thursday February 12: Thursday’s episode of “Bold and the Beautiful” finds Brooke Logan at a crossroads – for the first time ever she finds herself without a man in her life, and has no idea what to do with all of her free time. Also, B&B spoilers tease that Steffy Forrester (Jacqueline MacInnes Wood) visits Rick at Forrester Creations and sparks are sure to fly.

Friday February 13: According to “Bold and the Beautiful” spoilers for Friday’s episode of the CBS soap, B&B fans can expect to see Wyatt Fuller having a tough time on Valentine’s Day, and sharing it with an unexpected person. Ivy’s (Ashleigh Brewer) Valentine’s Day takes a turn for the worse when Steffy informs her she has come home to steal Liam from her.

So B&B fans, what do you think Brooke will do without a man in her life? Are you shocked that Ridge chose Caroline over her? Who do you think Wyatt (Darin Brooks) spends Valentine’s Day with? Will Steffy be able to steal Liam from Ivy? Let us know what you think in the comments below and don’t forget to check CDL tomorrow for more “Bold and the Beautiful” spoilers and news.