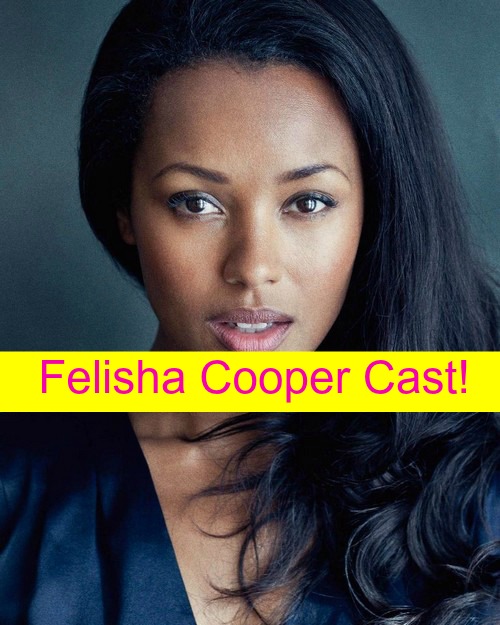 “The Bold and the Beautiful” spoilers are in and it looks like the cast is going to expand once again. B&B just scored another amazing talent – Felisha Cooper is reportedly hired and headed to the show. Soap Fans United posted this scoop on social media.

According to the report, the details about her character have not been released, but she should be arriving on canvas in the next few months. “B&B” has a full cast now, where could she possibly fit in?

At the moment, Nicole [Reign Edwards] has agreed to have her sister Maya’s [Karla Mosely] surrogate baby. Her boyfriend, Zende [Rome Flynn], is not happy about her choice and fears that could ruin her life and cause health complications for her.

Zende’s opinion was that Nicole was too young to consider such HUGE favor; he suggested Rick [Jacob Young] and Maya hires a surrogate to carry their child. “The Bold and the Beautiful” fans mostly agree with his opinion, as does her father, Julius (Obba Babtunde); however, Nicole wants to help Maya if at all possible. She agreed to go through with it, and ultimately Zende gave his blessing, agreeing to stand by her throughout the pregnancy.

It seems like the new character would be a complication to Zende and Nicole’s relationship. Zende was not completely sold on the not-so-bright idea for Nicole to help Maya become a mother. The fact that the show is bringing another young gorgeous woman only means one thing – serious trouble for Nicole and Zende.

There is no confirmation when Felisha Cooper will start to film or any details about her new character. The details should become available in the next couple weeks, revealing when fans should expect to see her debut on “The Bold and the Beautiful.” Do you think her character will drive a wedge between Nicole and Zende? Don’t forget to come back later for more juicy “The Bold and the Beautiful” spoilers, news, and updates!