The Bold and The Beautiful (B&B) Spoilers: Nicole’s BFF Sasha Arrives and Causes Controversy – Watch Out!

BY Stormy Elizabeth on December 12, 2015 | Comments: one comment
Related : Soap Opera, Spoiler, Television, The Bold and the Beautiful 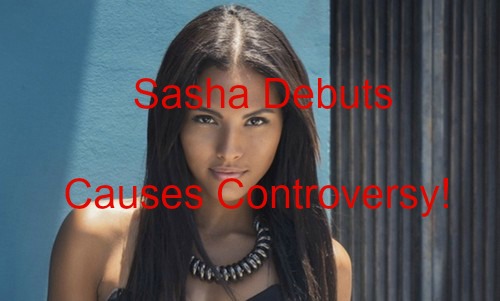 “The Bold and the Beautiful” (B&B) spoilers indicate that there’s a new character headed to town – Sasha – with ties to the Avant family. What we know about this casting news is that Sasha (Felisha Cooper) is Nicole Avant’s (Reign Edwards) BFF and debuts on Tuesday , December 15.

These two knew each other from high school and Sasha shows up at Forrester Creations on Monday, November 14. Sasha will see Nicole’s new life complete with her modeling job, her hot boyfriend Zende Forrester (Rome Flynn), and glam style and be envious.

We also know from B&B spoilers that not only is Sasha a troublemaker but also knows some family secrets that could see her facing off with Julius Avant (Obba Babatunde) and Vivienne Avant (Anna Maria Horsford).

“The Bold and The Beautiful” spoilers hint that Sasha may have blackmail on her mind. The only one in LA with money in the Avant clan is Maya. So does Sasha have some dirt on Maya, perhaps from when she was Myron? What could Sasha know? 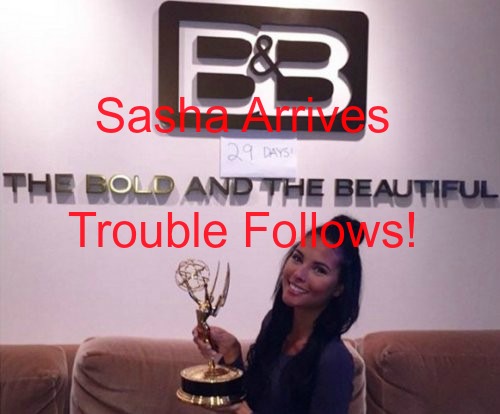 B&B spoilers also tease that on Wednesday, December 16, Nicole’s sweetie Zende will meet Sasha for the first time while she’s in sexy undies changing in one of the design rooms at Forrester Creations and will get an eyeful of the leggy beauty.

While B&B spoilers also indicate that Sasha didn’t come to LA with the idea of stealing Zende, you never know what might happen particularly with Nicole’s pregnancy proving to be a “growing” obstacle between her and Zende.

The week of December 14, Zende and Nicole’s chemistry comes crashing down around them. And Sasha may be there to help Zende get his mojo back. All of this baby drama will lead to Julius ranting to Maya about ruining Nicole’s life.

To make things worse, Julius isn’t happy to see Sasha and claims his concern is that he doesn’t want a bunch of people from “back home” heading for LA because Maya Avant (Karla Mosley) married into money.

In fact, it looks like Julius wants someone to go back home – in the preview for the Monday, December 14 show, we see him telling either Sasha or Nicole to leave town and get away from the Forresters. Are those words of wisdom for Nicole, Sasha, or both?

Cooper began taping at the end of October and we’ll finally see her on the small screen on Monday. Check back with CDL for more of the drama that unfolds around new character Sasha and other hot “The Bold and The Beautiful” spoilers.

The Bold and the Beautiful Video Promo for Monday, December 14