The Fosters Recap and Spoilers: Season 3 Episode 6 “It’s My Party” 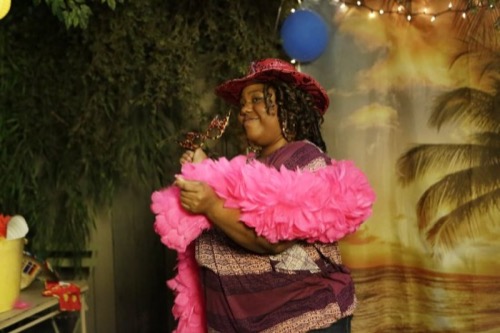 Tonight on ABC Family their hit drama The Fosters returns with an all new Monday July 13, season 3  Episode 6 called “It’s My Party,” and we have your weekly recap and spoilers below. On tonight’s episode, Jude [Hayden Byerly] throws Callie [Maia Mitchell] a party for her 17th birthday, and it’s a much bigger bash than she expected, complete with some surprising guests. Meanwhile, Brandon’s [David Lambert] suspicions about AJ reach a breaking point; and Mariana [Cierra Ramirez] and Callie secretly buy a car.

On the last episode, Callie convinced Brandon to head out on a mysterious trip that brought them to Mexico. Stef and Lena discovered an empty pregnancy test box in the trash and wonder if someone in the house was worried they are pregnant. Did you watch the last episode? If you missed it, we have a full and detailed recap right here for you.

On tonight’s episode as per the ABC Family Synopsis, “Callie thinks she’s celebrating her 17th birthday with just the family, but Jude surprises her with a house party. Jude’s surprise risks exposing both Callie’s and Mariana’s secrets when he innocently invites Rafael and Wyatt to attend. Meanwhile, Brandon’s suspicions about AJ’s behavior come to a head, and Mariana and Callie decide to buy a car together without telling their moms.”

On tonight’s episode of “The Fosters” its Callie’s birthday. And this year the birthday girl wanted to make her day extra special. So she told her parents, literally at the start of the day, that there was nothing she wanted more than to get a car.

A car they wouldn’t have to pay for by the way. Seeing as she had saved up some money of her own and wanted to make this particular purchase for herself.

However her moms were a bit against it. They said they didn’t want her to waste so much on a car when she could easily share with Brandon. And they were pretty firm on their stance. Meaning if Callie still wanted to get a car this year then she had no other choice but to get around her mothers.

And she did. Thanks in large part to Marianna who completely endorsed the idea of them going in this together to buy a car they can both drive. So ultimately Callie was going to get what she always wanted and secretly Marianna was buttering her up for when she told her sister that she slept with her ex.

But later, at the surprise party for Callie, Wyatt was there. And funnily enough Marianna found herself still very much attracted to him. So those two talked everything out and Marianna ended up figuring out a way to have both Wyatt and her sister.

She then went on to approach Callie and she innocently asked for permission to date Wyatt. And so after Callie had given them her ok then it no longer mattered whether or not Marianna told her about what happened. Yet as the night progressed – Marianna noticed that her sister wasn’t in fact ok with the situation so she told Wyatt they couldn’t be together.

And more importantly she finally started to act like a sister should.

But Wyatt was hurt. He felt like he could have had something with Marianna and that it was Callie standing in the way of that. Thus he turned out to be the one to tell her about the night he hooked up with Marianna. And he was responsible for the rift that followed.

Callie was actually furious about what Marianna did. And she felt lied to when Marianna pretended to seek her blessing first. So although those two now share a car – Callie isn’t going to want to be in it at the same time as Marianna.

And the sibling issue just continued from there.

Brandon and AJ got into a fight for it looks like the Brandon has been jealous of his foster brother this whole time. AJ is the one that can talk sport with Mike. And Mike has been around a lot more now that AJ is at that house. Yet he never seemed to make that much of an effort when it came to Brandon.

So Brandon was going to show his dad that AJ was in talking to his brother behind everyone’s back but grabbing the other guy’s phone didn’t help him prove his case. All it did do was make him look like a troublemaker. And his father ended up taking AJ’s side.

Afterwards, Mike realized he may have been too harsh so he did apologize for the part he played in the big bust-up. But just like he told Brandon to cool down, he later told AJ that he knew about the phone calls. And what matters to him is that AJ is happy.

And AJ is happy. He likes Mike and he likes living with Lena and Stef. So really the only problem with his current arrangement is that he also likes Callie yet not in the brotherly sense.

Stef saw them kissing and so next week she and her wife sit their down to explain why nothing can go wrong until she’s officially adopted.

Stef and Lena may have their problems but they do come together in time of necessity. So you never know. Maybe by this time next week these two will no longer be in (or need to be in) couples’ counseling.