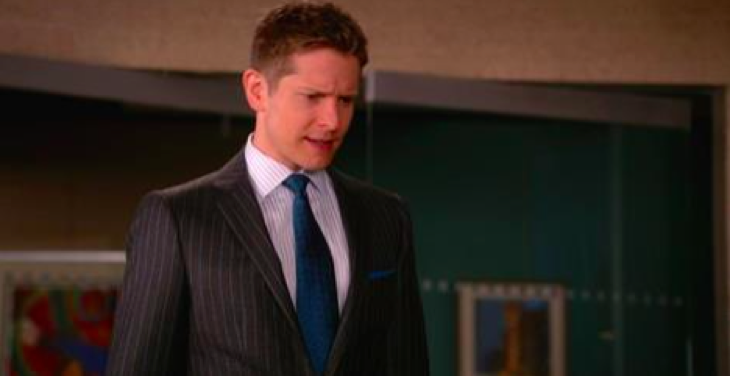 Tonight on CBS The Good Wife starring Julianna Margulies continues with an all new Sunday October 11, season 7 episode 2 called, “Innocents” and we have your weekly recap below. On tonight’s episode, Alicia (Julianna Margulies) argues a complex museum vandalism case that involves photographs taken by a mother of her son, and considers enlisting the help of investigator Jason Crouse. (Jeffrey Dean Morgan)

On the last episode, season 7 begins with Alicia attempting to revive her struggling law career by representing arrestees seeking release on bail in bond court. There, she meets attorney Lucca Quinn, who competes for her clients. Meanwhile, Peter brings in a national strategist to help with his presidential campaign, which creates an interesting dynamic with Eli in the process. Did you watch the last episode? If you missed it, we have a full and detailed recap right here for you.

On tonight’s episode as per the CBS synopsis, “Alicia argues a complex museum vandalism case that involves photographs taken by a mother of her son, and considers enlisting the help of investigator Jason Crouse. Meanwhile, Cary deals with partner Howard Lyman’s inappropriate conduct towards some younger associates at the firm.”

Tonight’s season 7 episode 2 looks like it is going to be great and we’ll be updating it live for you beginning 9PM EST.

Tonight’s episode of “The Good Wife” kicks off with Alicia at bail court. She meets one of her new clients, and he is acting rather strange. Alicia is trying to ask Erik about his bail – he doesn’t have any family, just a dog back home. Erik asks Alicia if she wants to know if he “did it.” Alicia says “no,” but Erik says that he did do it and he will “do it again.”

Erik goes up before the judge and we learn that he was arrested for vandalizing a photo at the museum of Natural History. The judge sets bail at $1500, when Erik is being led away to be processed and released – he tells Alicia that the photo that he destroyed at the museum was a photo of himself, she is obviously a little confused.

Peter gets a visit from Eli, he wants to apologize and asks for Peter’s forgiveness. Peter accepts his apology, but says that he doesn’t have any place for him now on the campaign for Vice President. Eli is cool with it – he says he just wanted to make sure that he and Peter parted on good terms. As Eli is leaving, Ruth spots him in the hallway and wants to know what he is up to. Ruth says that if Eli comes near Peter again – she will destroy him and “everything he holds dear.” Ruth marches in to Peter’s office and tells him that he needs to stay away from Eli, Peter doesn’t want to hear it.

Alicia pulls the security footage form the museum, and watches her client Erik destroy the photograph in the museum with a hammer. She sits down with Erik, he explains that his mother took the photos of him when they were on vacation in 2002 – and he is naked on the beach. He says that if they hang up any more pictures of him naked, he will destroy them too.
Cary gets a visit from three very upset employees. They are sick of working their butts off to have Howard take all of the credit. All he does is sleep through meetings and he doesn’t remember their clients’ names. Cary promises to look in to it, he takes Diane aside and says that they need to talk about Lyman.

Alicia is busy looking for a new private investigator to hire in place of Kalinda – she settles on a girl named Amanda, much to her daughter’s dismay who wanted another guy that they interviewed. Alicia heads to meet with the museum’s lawyer about Erik. They offer him a deal, they won’t press charges – as long as he poses for a publicity picture with his mother and the artwork. Erik says there is “no way in hell” – Alicia promises to help him fight them. Afterwards, Alicia goes to meet with Peter. She informs him that he doesn’t let her hire Eli as her chief of staff – then she isn’t going to support his campaign. Peter finally caves and agrees to let Eli work for her.

Alicia heads to court with Erik and they have an awkward run-in with his mother. She doesn’t understand what Erik is so upset about, and says that they naked photos of him when he was a kid are works of art. Erik takes the stand in court – Alicia stresses that Erik was a child and he didn’t consent to the pictures. The museum’s lawyer argues that Erik’s mom gave consent on his behalf because he was just a child – and her copyright interest hold’s. Meanwhile, Judge Dunaway is acting strangely – Lucca and Alicia think that he may be on drugs.

Cary takes Howard out for lunch, he has a proposition for him – he wants to shift him to emeritus status, they’ll keep him on the letter heads and let him keep his office. Howard tells Cary that if he tries to push him out of the firm he will “cut his balls off.” Cary is obviously shocked …

Meanwhile, in court the museum’s lawyer argues that Erik is doing just fine with his nude pictures out there and they share photos of him from his social media accounts partying. Alicia is furious, she had told her new PI Amanda to make sure his social media pages weren’t going to give them any problems. She calls Amanda to ask her what the hell happened – Amanda argues that she checked his Facebook, she didn’t know she was supposed to check his other social media pages too.

Back in court, Judge Dunaway calls the lawyers in for a private meeting in his chambers. They learn that Dunaway recently converted to being a Muslim, they are interrupting his afternoon prayers. The judge announces that he has come to a decision – and Erik’s mom can keep her copyrights. Lucca argues that Erik has his own right to publicity, because it’s his face on the items in the gift shop. The judge agrees to hear their right of publicity arguments in court tomorrow. In court, they learn that the photos were taken in Maine – and in Maine there are no rights to publicity laws, so the museum wins and will be able to sell any products with photos of Erik that were taken in Maine. Alicia’s case looks hopeless – but her new PI Crouse tags along and says that he may have some leads, she fired Amanda after the Facebook debacle.

After court Alicia meets with Crouse officially, she offers him $85 per hour and says that finances are tight. He has another offer from Cary and Diane – he says that he will get back to her. Grace overhears them talking, she walks in to her mom’s office and announces that she wants to renegotiate her salary now. Meanwhile at the firm, Diane is trying to help Cary and Howard bury the hatchet. Howard says that if they don’t get rid of Cary – he is going to walk. Crouse arrives, Diane offers him $250 an hour – and says that if he works for them it has to be exclusive.

Back in court, Alicia argues that Erik was never paid – therefore he was a child laborer. Alicia is trying to go after damages, Erik interrupts and says that if his mom just gives him the photos, he will drop the case. Peter pays Ruth a visit, he is not happy – Landow is supporting Alicia, and it was all Eli’s hard work that made it happen. He tells Ruth to call Eli and thank him. Later that night Crouse shows up at Alicia’s door, he agrees to work for her for $95 per hour.