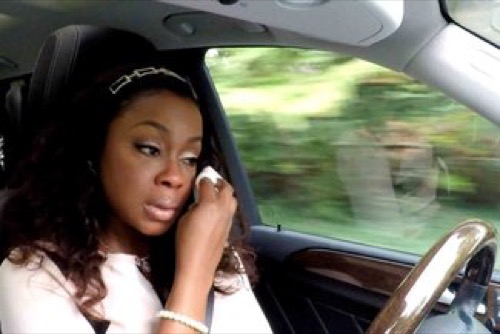 Tonight on Bravo The Real Housewives of Atlanta continues with an all new Sunday December 27, season 8 episode 8 called, “There’s No Business Like Friend Business,” and we have your recap below. On tonight’s episode, Porsha Williams continues her long-distance romance with a beau she met in Miami in hopes that he may be “the one.” Meanwhile, Kenya Moore remains true to her plan to “date like a man” and sets her eyes on a younger man. Peter surprises Cynthia Bailey with a “first date” as the two continue on their path of reconciliation.

On the last episode, the ladies continued living La Vida Loca in Miami, but trouble arrived in paradise when a guest of the house took the drama to new heights, causing tensions to rise. Porsha took time away from the ladies for a steamy date with a hot new suitor. Did you watch the last episode? If you missed it, we have a full and detailed recap right here for you.

On tonight’s episode per the Bravo synopsis, “Porsha continues her long-distance romance with a beau she met in Miami in hopes that he may be “the one.” Meanwhile, Kenya remains true to her plan to “date like a man” and sets her eyes on a younger man. Peter surprises Cynthia with a “first date” as the two continue on their path of reconciliation. A very pregnant Kandi struggles to wrap up loose business ends as she prepares to release new music with friend Demetria McKinney, proving that she can successfully work with friends. Later, the ladies gather to celebrate the music collaboration and things get tense when Porsha and Phaedra are caught shading Kandi at her own event!”

Now as some of us may know, Kandi has had some problems in the past whenever she’s previously chosen to mix friendship with business.

However Kandi had decided to ignore her golden rule for her friend Demetria McKinney. Not only did Demetria need an executive producer on her new album but she also wanted to do a duet with Kandi. So Kandi ended up agreeing to that duet – only this time she made sure she got a check before she agreed to anything else.

And, well, the duet was a hit. So much so that Roger Bob and Demetria wanted to do a video for that duet and they wanted Kandi to be in the video. Yet DonJuan of all people had some reservations. Kandi’s friend and second in command felt that Kandi shouldn’t be pushing herself that late into her pregnancy. And the fact she was already considered to be high risk might have played a part with that.

Either way, though, DonJuan wanted to protect Kandi and he wasn’t afraid to step on some toes. Which is why he informed both Roger Bob and Demetria that if at any time Kandi looked tired out onset – he would be pulling the plug right then and there. And though Kandi thought he was overacting, he was not. DonJuan was deadly serious about her health and at times he came off as overbearing.

But fortunately when it came to shoot the video, Kandi had her own fanbase onset as well. Porsha and Phaedra were invited to the studio. And they watched their friend in action.

Kandi was heavily pregnant but her stylist managed to find a way to hide the baby bump and DonJuan managed to get her into a pair of spiky boots. So Kandi was doing a lot for the video but she held her own. Even as hours flew by and she was kind of tiring herself out.

Yet Kandi wasn’t the only one that was pushing herself. Kenya finally decided to get truly serious about her dating life and do something productive about it. Hence she’s recently begun to look online.

However, just as Kenya was wondering if she should lie about her age in her profile – she ended up meeting a younger man at the gym. Matt is a trainer and to be frank he’s gorgeous. And on top of that, he was clearly interested in Kenya.

So he pursued her and, with Marlo’s help, he later got a date with the elusive Kenya. And while he may not have checked all of her boxes – she did enjoy herself with him. Meaning a second date might not be too far off.

And speaking of potential relationships, Porsha has once again found herself in a long distance something or another with a guy. Actually the same guy from Miami. So Oliver is definitely doing something right and thus far he’s managed to skype Porsha everyday.

Which was an improvement over what she had before.

Although to help her sons during this process, especially when they don’t have their dad around, Phaedra has accepted help from friends. Including Bun who was more of a friend to Apollo than to Phaedra. Though she’s glad he’s taken an interest because she would like for her sons to have male role models around.

So things were going well for everyone. And even things between Cynthia and Peter were better but naturally the episode couldn’t end without drama.

And that’s why, at Kandi and Demetria’s party for their video, there was an issue. Kandi had talked about how hard it was to work with friends as part of the introduction for the video and Phaedra felt like that was Kandi’s way of giving her a message. So later that night, Phaedra asked Todd of he could stop by her office and she agreed because she wanted to put things to rest.

However Phaedra left the event with Porsha ready to discuss what she felt had happened. And Porsha was just telling her to talk to Todd before the situation blows up when DonJuan came along. He had overheard a few things which he took as criticism about his friends so he felt like he should intrude and that’s how things blew up anyways.