The Real Housewives of Atlanta Recap “Beauties in the Fast Lane”: Season 7 Episode 12 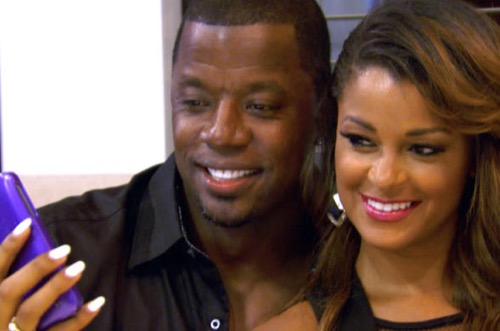 Tonight on Bravo, The Real Housewives of Atlanta continues with an all new Sunday January 25, season 7 episode 12 called “Beauties in the Fast Lane,” and we have your weekly recap below. On tonight’s episode, after returning to Atlanta, NeNe Leakes reflects upon the drama in Puerto Rico and contemplates the division amongst the group, meanwhile Cynthia  Bailey has come to the realization that her friendship with NeNe Leakes is over and burns the last remnants of their once unbreakable bond.

On the last episode, NeNe and Claudia concluded their disagreement at the dinner table, and the group was left completely divided in its wake. While some of the women were amused by the whole exchange, others felt as if they are being unfairly victimized. Kandi hosts a beach party in hopes of bringing the women back together, but the peace was short lived on a bus ride to Demetria’s big performance. Claudia is pushed to her limits and reveals a shocking secret about Porsha’s personal affairs. Did you watch the last episode? If you missed it, we have a full and detailed recap right here for you.

On tonight’s episode as per the Bravo synopsis, “after returning to Atlanta, NeNe reflects upon the drama in Puerto Rico and contemplates the division amongst the group, meanwhile Cynthia has come to the realization that her friendship with NeNe is over and burns the last remnants of their once unbreakable bond. Kandi and Todd visit a doctor to discuss concerns of possible infertility, while Phaedra deals with the reality of Apollo’s impending return to prison. Kenya and Claudia join Cynthia on an eventful road trip to Charlotte, where old acquaintances are reunited.”

NeNe and Greg take a getaway, with NeNe saying that the girls and their drama are just too much.

Cynthia tells her friend about the Puerto Rico trip, saying Porsha and Phaedra are NeNe’s followers. She talks about how Claudia owned NeNe, interspersed of clips of NeNe giving her own version of the story, emphasizing how she went the next day and apologized.

Phaedra and Todd go to the doctor to find out why she isn’t getting pregnant. The doctor says she needs to get a specimen for testing. He takes the smallest vial they have. The doctor says they will now take him to the “masturbatorium” and asks if he needs music or anything. She shows him the lubricant, hand sanitizer and Lysol before finally leaving.

Cynthia and Peter are throwing a party for the opening of his new sports bar. She calls Kenya and tells her all the ladies are invited to the opening.

Phaedra calls her friend who has been sued by a client who said he stole her hair and is making a counterclaim. She asks him if the case is actually affecting his business, and he says he will bring his accountant to prove it.

Apollo explains his situation to Phaedra’s kids by comparing going to prison to being punished by parents.

Claudia, Cynthia and Kenya go on their road trip. Kandi is at home making a calendar for her ovulation cycle because Todd’s test results were good.

Cynthia calls Phaedra and she says she can’t come because she has a dentist’s appointment and Bible study later.

With an hour and a half before the opening and them running late, the ladies stop at Chick-fil-A drive-thru.  Cynthia dresses up Claudia in a black dress in hopes that she’ll find a man at this opening.  When Cynthia walks in, Peter scolds her for being late.

Claudia and Kenya walk into Peter’s partner, whom Claudia has known for years. When they sit down at the table, everyone tries to set them up. Kenya tells them they seem really comfortable with eachother. Everyone leaves them alone, and they exchange numbers.

When she goes back to Cynthia and Kenya, she tells them they were just catching up.