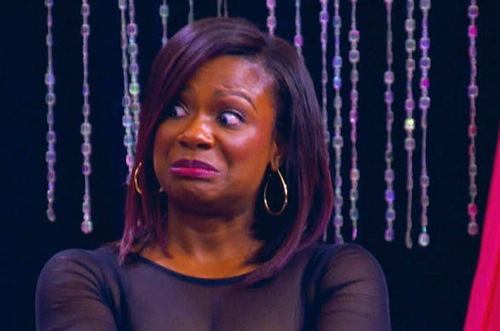 Tonight on Bravo, The Real Housewives of Atlanta continues with an all new Sunday January 4, season 7 episode 9 called “50 Shades of Shade,” and we have your weekly recap below. On tonight’s episode, Cynthia Bailey and Peter scout a potential new location for Bar One and begin their journey of doing business together. Phaedra Parks continues moving on with her life both professionally and personally while she and Apollo are still living under the same roof.

On the last episode, Kandi couldn’t seem to keep the peace with her family, causing Todd to suggest an alternate solution. Phaedra looked ahead toward life as a single parent, while Claudia’s mom and grandma touched down in Atlanta to have some fun on the town. Kenya looked for office space to help with the launch of her new ambitious business plans and also accepted an invitation to sit down with NeNe, Cynthia, and Porsha — which ended with a surprising conclusion. Did you watch the last episode? If you missed it we have a full and detailed recap, right here for you.

On tonight’s episode as per the Bravo synopsis, “Cynthia and Peter scout a potential new location for Bar One and begin their journey of doing business together. Phaedra continues moving on with her life both professionally and personally while she and Apollo are still living under the same roof. Meanwhile, Kandi decides to host a sex and relationship party for all the ladies, bringing together NeNe and Claudia for the first time under chilly conditions. Later, the night takes a turn for the worst, when one of the ladies finds out that her significant other hasn’t been as faithful as she hoped.”

Peter shows Cynthia the new property for their business, which is dumpy, but she sees the potential in and is excited to renovate.

Claudia meets with Kandi because she wants to be around with her to learn from her and because she is drama-free. Kandi tells her about her show, which is coming back after a hiatus. She asks her to come on as a guest, and she says she’d love to. She asks her about Porsha, and she says they’re cool and hung out a couple months back, which Kandi didn’t know about. Kandi says she’s going to reach out to some of the girls to see if she can get some of them together.

Apollo is going on his “mandatory vacation,” so Phaedra has a gate put up to protect the house. She proposes an electrical fence to shock intruders, and they say she can’t have that. James, the gate designer, says she can put a sign up to tell people they are being watched by a surveillance camera. Apollo, who is home for some reason, starts getting involved.

He gets upset because Phaedra ignores his opinions, saying that no one respects him in his household and it’s always been that way.

Kenya and aunt Lori go to a spa. Lori asks her how things are going with her and NeNe and she says she had drinks with her, Porsha and Cynthia and Porsha blew up on her. She says she reminded herself to be the better person and offered her a hug. Then, she talked to NeNe and they agreed that’s all in the past and they need to move on. Then, NeNe said they were friends. “All I can do is take one step at a time and just continue to grow,” she says.

They toast to Lori being a positive role model.

NeNe gets ready for the sex toy party, saying she isn’t into any of those things at all but if they hand her one at the party, she’s going to hold it.

She gets a call from her manager saying she has three Broadway shows interested in her. One is Mama Morton on Chicago, the second Justice (Mary J. Blige’s character) in Rock of Ages, and the third is the wicked stepmother in Cinderella. She doesn’t like the Cinderella one as much as the others, but her manager says it would be good because it’s unexpected.

Kandi’s show is returning, revamped with a new set and crew. She has DJ AOne and Nikki as guests. The topic is business vs. pleasure. She talks about her own relationship with Todd, saying the downside to mixing business and pleasure is that it can become all about business. Claudia comes out as the special guest, and Kandi immediately asks about Jamie Foxx and if she gave him head. Claudia says they never messed around and he sees her as a little sister.

Cynthia and Peter are sad about the fact that they have to close their bar, but Cynthia is happy because she likes the neighborhood the new place is in, which is a black neighborhood and so will be supportive of black businesses and business owners.

He asks how she will feel being his partner, and she says she is willing to invest in the place because she likes it.

The National Bar Association is recognizing Phaedra as one of the country’s top attorneys at an all white event.

She says she cannot let what is going on at home affect her career, and she doesn’t like when people associate her with his behavior because they are two different people. This is the first time people are going to see her since Apollo made headlines for his misdeeds, and Phaedra has accepted the fact that people will form own opinions on it and she isn’t going to let that affect her.

Kandi holds her sex toy party, and Claudia tries to say hi to NeNe who blows her off. She pulls NeNe aside to talk and says she felt a cold shoulder from her. NeNe says she doesn’t think she was cold, and that’s just her personality. She tells her she is associated with people she doesn’t necessarily like, and Claudia says that has nothing to do with her character. NeNe says ‘I guess.’

Kandi has brought a sexologist to the party, who has devised a game to help some of the ladies get along. She wants to strap NeNe and Cynthia together, but NeNe refuses to be strapped to Cynthia. Cynthia says she’s all for having fun, but she isn’t begging to be strapped to NeNe. Instead, Claudia and NeNe are strapped together.

Then, the women talk about their relationships. Porsha talks about her new long-distance relationship.  Demetria shares about her long term relationship with Roger Bob. “I dated him, too,” another woman says. “I found about you because you were in Vegas with him. He told me you were just his artist.”

Everyone tries to move on, but Demetria storms off.