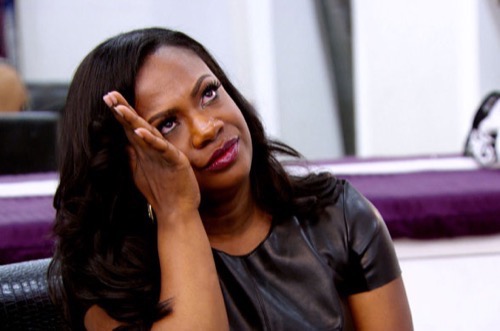 Tonight on Bravo The Real Housewives of Atlanta continues with an all new Sunday March 8, season 7 episode 16 called “Southern Discomfort” and we have your weekly recap below. On tonight’s episode, Kandi Burruss and Todd confront their issues in marriage counseling. NeNe Leakes proposes a surprising solution to try to heal the broken relationships.

On the last episode, with Apollo in prison, Phaedra returned home and begin adjusting to life without her husband. Cynthia dropped a bomb to Claudia and Kenya, leaving them both in shock and one in tears. Todd was caught off guard when Kandi mentions going to marriage counseling. When all of the ladies gather for dinner to reconnect, tempers flard as Cynthia and Kenya confronted Phaedra about illicit texts on her phone and an alleged affair with the mysterious “Mr. Chocolate.” Did you watch the last episode? If you missed it, we have a full and detailed recap right here for you.

On tonight’s episode as per the Bravo synopsis, “Kandi and Todd confront their issues in marriage counseling. NeNe proposes a surprising solution to try to heal the broken relationships. Kandi is blindsided when told that an unexpected rift might be forming with one of her closest friends.”

Phaedra and Porsha meet up. Porsha she isn’t mad at Kenya for jumping in at dinner because she is a dog and that’s what dogs do. Porsha says Kandi should have been a little more vocal in defending Phaedra. Phaedra says it was odd to her and she doesn’t know if it’s due to the situation with Apollo. Porsha says she thinks that is the case because Kandi’s husband is friends with Apollo.

Porsha and Phaedra say that Cynthia should be worried about her own man, who is sleeping with everyone in Atlanta. Phaedra says Cynthia owes her an apology for knowingly claiming something untrue.

Cynthia tells Peter about the ‘whore’ name-calling which is making her crazy. She says Phaedra can’t call Kenya a whore for years only to find out that Phaedra is having an extramarital affair. Cynthia says Phaedra should own it and move on.

Kandi and Todd are going to a therapist for help adjusting to being married. They share that they’ve never had a real honeymoon.

When asked about his depression, Todd says there was a lot of change with the prenup. He says it was dry and as if Kandi had no feelings, saying things like if he doesn’t sign it their wedding would be an expensive party. Todd says he’s good with it and when doubted, he says that when things get hectic you understand who you’re with. He says Kandi likes to have things her way and doesn’t like to talk about things.

When asked about their sex life, Kandi says it has gone downhill and Todd agrees. Kandi says at first she wondered if he was cheating. Todd says he thinks Kandi rebuffs her. She says that was one time.

The therapist asks if he has lost interest, and he says not at all. They are given the homework assignment of going on a date night with no phones. They have to write the pros and cons of their relationship.

Peter tells Todd that Cynthia showed the others the text messages. Todd says Apollo showed him color copies and he told Kandi.

Elsewhere, Kandi says to the other women that she would have expected it coming from Kenya, not Cynthia. Cynthia says just like she’s friends with NeNe now, she’s friends with Kenya now.
Kenya tries asking Kandi about it and Kandi says she’s not going to discuss it with everyone. She’s saying she is over it.

NeNe meets with Dr. Jeff and tells her that the friends are divided. She says she was very close to Cynthia and that she thought of her as a sister, but doesn’t know what happened. She says if she needs to move on with this chapter of her life she is okay with that, but She says Kenya probably has the most issues of everyone in the group and that Kandi and Phaedra were close like her and Cynthia, but Kandi hasn’t had her back. She wants to do a group therapy session with them.

He says even though the group therapy session is her idea, he’s going to hold her to the same standard as the other ladies and call her out if he needs to so the process is fair.

Phaedra agrees to meet up with Cynthia. Cynthia says she’s happy to have a grown conversation with Phaedra if she is, but she doesn’t want to waste time. She says there was no malicious intent toward Phaedra with what she did. She says she put it on the table and she didn’t think her tone was crazy.

Phaedra says she has accused her of having an affair and she didn’t fact check. Cynthia says that she doesn’t fact check either and that’s what people in this group do. Phaedra storms out.

Kandi is at her store Tags when her mom pops up. Her mother says she has changed, and that since she’s been married she hasn’t come around the family. She also calls her critical.

Kandi says it’s frustrating to her that she always finds fault in her and what she does, never owning up to what she does wrong. She says she is stressed out about so many things including her play failing and getting a new house.

The women all go to a restaurant together. Kenya and Phaedra are missing. NeNe says they weren’t invited because last time there was fighting, which she doesn’t want. She says in confessional, though, that they will be invited to the group counseling session.
NeNe tells everyone about the counseling session idea.

Claudia brings up what happened between her and NeNe, who says she has apologized. Claudia says she still wants to know where those things came from. NeNe says she doesn’t have an explanation and she may not get one, but this is a dead issue to her.

Cynthia says to NeNe that she feels they keep making some progress only to slide back, and NeNe says that’s what the counseling is for. Kandi then says she doesn’t think she needs to be there.

Porsha and Cynthia agree to go. When Kandi says again that she doesn’t need to go, NeNe says she could work out some issues with Phaedra. She eventually agrees to go.

She says Kandi needs to stop playing and she and Phaedra have not been that close. Kandi says they’ve fought about her thinking Apollo should be able to see the kids. She says if Phaedra is having issues, they’re in her head. NeNe and Porsha told her she wasn’t vocal enough in defending Phaedra the other night.