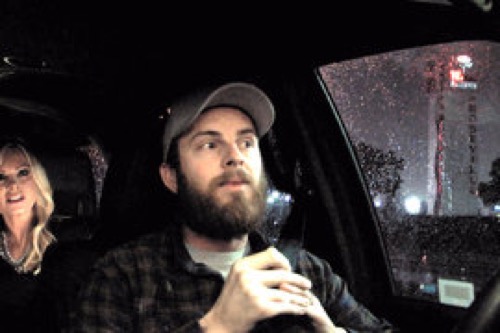 The Real Housewives of Orange County returns to Bravo tonight with an all new Monday July 13 season 10 episode 6 called, “Full Circle,” We’ve got your recap down below! On tonight’s episode, Vicki Gunvalson’s mother’s passing has sent shock waves throughout the OC, causing the women all to take a deeper look at their family lives.

On the last episode Vicki got a phone call that forever changed her life. Shannon offered an olive branch to Meghan when she hosted a Bunco party at her house. Meanwhile, Meghan moved into another house and Heather had an unorthodox date night with Terry that got a little bloody. Did you watch last week’s episode? We did and we recapped it right here for you.

On tonight’s episode per the Bravo synopsis “Vicki’s mother’s passing has sent shock waves throughout the OC, causing the women all to take a deeper look at their family lives. While Vicki travels to Chicago to mourn, Tamra heads north to celebrate the birth of her granddaughter. Meanwhile, Shannon continues to heal her marriage with David. Meghan tries to create a lasting memory for her stepdaughter Hayley.”

Tamra is going to Northern California tomorrow for the birth of her first grandchild, and is getting ready with her mother. She is going to be born the day of Vicki’s mother’s funeral. Tamra says in confessional that she feels guilty for being so happy to be receiving a new grandchild in her life while Vicki is saying goodbye to her mother.

She reads her mom a text message from Vicki where she says she found her mother’s wishes, which she wrote down in 2014. She writes that her mother had her funeral outfit picked out.

Meghan takes her stepdaughter Hailey paddle boarding to bond. She says in confessional that because she’s closer in age to Hailey, Hailey might think she can relate to her better than her own mother.

Vicki sobs in Brooks’ arms as she packs to get ready for her mother’s funeral. She says she wants him to come with her and feels so alone (her family doesn’t approve of Brooks, so he can’t attend). Tamra and Eddie arrive at the house.

She says her mother was going to come in a month and they were all going to go to Disneyland. She says people aren’t supposed to die when you have plans.

Tamra asks if there is anything they can do, and Vicki says she is worried about Brooks. Tamra says she and Eddie will watch him.

Shannon and David are spending time with the children, and he tells them that she is mad at him because he didn’t call when he said he would.

They go to the kitchen, and she says she doesn’t like him telling the kids that she’s mad because he didn’t call when that is not the only reason. She says there are many reasons she is upset and she is being plagued by memories. In confessional, she explains that she asked him for a list of restaurants that he went to with the other woman during his affair.

She tells David that she is struggling because she has found out about even more of his betrayals.

Tamra says that when Ryan has his own child, he will understand her better.

Meghan and Hayley’s mom get ready for Hayley’s winter formal. Hailey’s mom gets a call from one of her daughter’s friends saying Hayley forgot her dress.

When Hayley arrives at the house, she blames her mom for forgetting her dress.

Meghan says in confessional that she thinks Hayley is taking things out on her mom because her cancer has made her unable to be the mom she was a year ago and Hayley’s pissed about that.

Meghan says in confessional that she’s pissed at Hayley’s lack of appreciation after everything she and Leann have done for her on this day.

The two of them come and tell Hayley and her friends that a photographer is coming to take pictures of them on the beach, and Hayley responds that she doesn’t have a dress.

Heather calls Tamra and tells her that she thinks everyone should get together so they can celebrate her granddaughter and so the group can have fun and a positive time, especially Vicki.

Shannon goes to Vicki’s house and gives her homeopathic products to help calm her down.

They talk about Tamra’s granddaughter. Vicki says Tamra and her husband came over, and although she is still guarded, she knows Tamra has a soft heart.

Vicki says she doesn’t know how to deal with someone’s death. She talks about going to a “median” when her father died. The medium asked her about a constantly tilted photo in her home and birds tapping on her windows, saying both are signs from her father. Vicki asks Tamra if she thinks God frowns upon going to a medium to communicate with spirits, and Tamra says she thinks it’s okay as long as it helps her.

Tamra says in confessional that he didn’t always used to make the best choices, and that made her feel like a failure as a mother at times, but now she is proud of him and he is a man now.

Tamra also says she wants Ryan to move back to Orange County because she wants to be around her granddaughter.