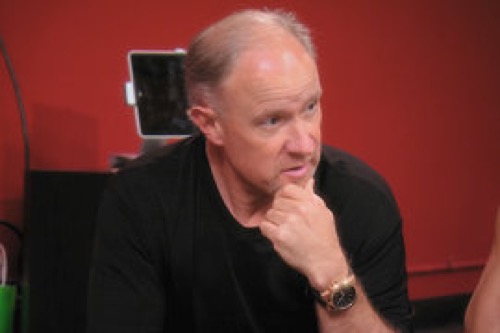 The Real Housewives of Orange County returns to Bravo tonight with an all new Monday August 17 season 10 episode 11 called, “A Psychic Surprise,” We’ve got your recap down below! On tonight’s episode, back in the OC, Shannon and David discover that disciplining their kids is easier said than done.

On the last episode Hung-over from a night of drinking, Vicki and Shannon deepened their friendship by discussing the details of David’s affair.  Meanwhile, the other ladies headed out on an excursion that put them in deep water. Later Tamra, wanting to get everything out in the open, sparked a controversy over girl code and pot stirring. Meghan surprised the ladies at the final dinner. Did you watch last week’s episode? We did and we recapped it right here for you.

On tonight’s episode per the Bravo synopsis “back in the OC, Shannon and David discover that disciplining their kids is easier said than done. Vicki learns that Brooks has made a life altering decision, to stop chemo and try a radical new approach. Meanwhile, Tamra’s psychic makes a shocking claim leaving the ladies in disbelief.”

Shannon and David talk to their twin daughters about their first sleepover, during which they TP’d a house and one of them got injured. One of the daughters says that their dad used to do that, and he confirms it when Shannon asks if that’s true. He says he once threw a pumpkin at a mailbox, and Shannon tells him that he is not supposed to tell their kids things he did like that because it makes it seem okay. Stella tells Shannon she doesn’t understand fun, and David says she is fun. “For like, drinking,” Stella says. Shannon tells her not to go there.

David tells them they’re going to write a letter to the boy’s parents to apologize. Stella gets up and screams that she isn’t going to do it. Adeline asks if they can just get a warning because this is one of their first times. Stella says she is 10 and he doesn’t understand the ten-year-old life.

Stella gets up and tries to hobble out of the room on her crutches, but her parents stop her. Shannon says they are telling them this because they love them and want them to learn life lessons. As the twins storm out of the room, Stella says “I don’t like you.”

Meghan and Jimmy go to a restaurant together and Meghan tells him about her conversations with Vicki about how she is raising the children. Jimmy says that he would flip out if someone tried to tell him how to raise his kid.

She tells Jimmy she is sick of him traveling back and forth, and that she can’t correct the parenting mistakes of the last 17 years that have affected Hayley. She asks him what he thinks Hayley is going to do when she graduates high school, and Jimmy says she is going to go to college. “Community college,” Meghan says. She says that even students going into community college know what they are going into, and Jimmy says it will be an awakening for her when she tries to get into certain classes and she can’t.  “Don’t get your hopes up,” he tells her.

Tamra has been seeing a psychic who she claims always predicts her future. She tells her husband that the psychic knew her grandkid was going to be a daughter and not a son. She also says the psychic told her something alluding to how she used to brush her grandmother’s hair when she was a child, something she says she didn’t know about until she asked her mother about what the psychic said.

Vicki tells Brooks that he is important to her and she needs him around. He tells her he’s had some doctors appointments and visits while she was on vacation. He says he could be someone whose body doesn’t respond to chemo.

Tamra and Heather meet at a restaurant and discuss Tahiti. Tamra says she didn’t like that Shannon has always been cool to her yet Meghan tells her Shannon was talking about her behind her back. Tamra says that as much as she wants to deny it, Shannon has a chip on her shoulder about Meghan.

When Meghan arrives at the restaurant, Tamra tells Meghan and Heather that she hasn’t actually met Scott, someone she has been FaceTiming with for a year. She says she talks to him a few times a week. Scott, Tamra’s psychic, walks in. Heather tells him he is so cute and she didn’t picture him that way.

Heather asks Scott about his work and he brings up her grandmother, who he says is trying to contact her right now. Scott tells Meghan that she wants to have her own child, and that she is going to have one. He says she needs to take the facade away so she can figure out who exactly she is without thinking about what she thinks people see in her.

Tamra brings up Shannon and her comment that she was a shit starter. Scott says he feels like Meghan seems to have the problem with Shannon, saying that Shannon sees her as “a threat.”

About Vicki, he says she has a big heart and that he has a wishy-washy perspective on the issue of Brook’s having cancer. “I just don’t see it,” he says. He says it’s “very possible” that Brooks doesn’t have cancer.

Meghan says one of her old co-workers was on disability for a long time because of cancer she never had. ‘She got a lot of sympathy,’ she says.

Scott says he is not saying that Brooks is lying about the cancer, he just doesn’t see it. “I’m not Ghandi,” he says.

Vicki, Shannon and Meghan attend Tamra’s booty fitness class.  Shannon says in confessional that the best ass is a small ass, she doesn’t understand the big ass trend she wants hers to be as small as possible.Shannon skips the running portion of the workout because she will piss herself if she runs.

Brooks comes after the class and everyone celebrates his birthday, which is today. Meghan invites everyone to a NASCAR race, saying she already has a suite reserved.  Brooks says that starting tomorrow he is pausing chemo for 90 days and taking antioxidants.  Meghan asks him if his doctor is concerned about him not doing chemo for 90 days. He says that he has been doing chemo for years and this time it may just have not worked. He says there’s a 65-75 percent cure rate and he may just be at the other side of that.

Tamra is suspicious when Brooks make a reference during the cancer he “had” while telling a story about another patient. Tamra tells Vicki she needs to be there for Brooks’ doctor visits. Vicki and Brooks say she does there for the visits (a flashback shows Vicki saying she went to his chemo sessions but not his doctor’s appointments). Vicki says that they keep a very elaborate folder of Brooks’ medical records for her perusal. Later, Shannon says she was told that they were going to have to request the medical records, and wonders which story is the truth.

Meghan blurts out that the psychic said Brooks doesn’t have cancer. Shannon says that’s a harsh accusation to put out there. Tamra says she texted the psychic later because she was in disbelief and he said he feels like “it’s not there.” Tamra asks the others if they noticed that Brook says “the cancer I had.” Meghan and Heather say they also heard it. Heather says it’s hard to wrap her mind around that idea.  Tamra says no one in their right mind would lie about having cancer. “Why wouldn’t he do chemo?” Meghan says. “That sounds hokey.” She says it doesn’t make sense for someone to quit chemo. Shannon says that it’s common to quit chemo and that all doctors don’t have the answer.  Shannon says in confessional that Meghan is out of line, wondering aloud how she could question someone being sick and having cancer. Tamra says that they shouldn’t tell Vicki about what the psychic says. “Oh god no,” Heather says.

Shannon, Vicki and their husbands go to a restaurant together. Shannon and David are in disbelief when Brooks orders alcohol.

Shannon says in confessional that she feels dirty inside because she has devastating information they don’t know about. She pulls Vicki aside and tells her that she doesn’t want to screw up tonight, but Meghan said something that wasn’t good at the fitness center. Vicki says she doesn’t want to know anything negative about Brooks because she’s sick of hearing about it. Shannon says she will talk to her about it another time as Vicki says she isn’t having this go down his birthday.

Vicki tells him what Shannon said and that she isn’t going to ruin his birthday. Shannon says this is not what she wanted to happen, and she wanted to be a good friend and that’s all.  “Why are you crying and I’m not crying?” Vicki says.

Shannon says she screwed up and she’s sorry. Vicki says if they felt uncomfortable having dinner with them they should have called and canceled. Brooks tells Vicki not to shoot the messenger. Vicki jumps up while Shannon is in the middle of a sentence and thanks her for trying to be honest while trying to drag him out of the restaurant. She says she is going to spare Brooks of any more negativity because he’s dating her. She says no one’s ever loved her like this man, and storms out with Brooks as Shannon continues to apologize.