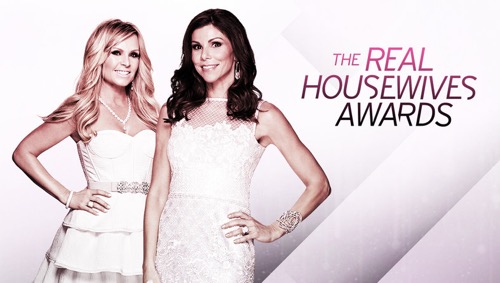 The Real Housewives of Orange County returns to Bravo tonight with an all new Monday August 24 season 10 episode 12 called, “Racing to the Truth,” We’ve got your recap down below! On tonight’s episode, Meghan King Edmonds, Heather Dubrow, Tamra Barney, and Shannon Beador head to NASCAR while Vicki Gunvalson enjoys a birthday getaway with Brooks. Later, Shannon tries to put on a happy face during her birthday dinner with David and her girls.

On the last episode back in the OC, Shannon and David discovered that disciplining their kids was easier said than done. Vicki learned that Brooks had made a life altering decision, to stop chemo and tried a radical new approach. Meanwhile, Tamra’s psychic made a shocking claim leaving the ladies in disbelief. Did you watch last week’s episode? We did and we recapped it right here for you.

On tonight’s episode per the Bravo synopsis “Meghan, Heather, Tamra, and Shannon head to NASCAR while Vicki enjoys a birthday getaway with Brooks. Later, Shannon tries to put on a happy face during her birthday dinner with David and her girls. Heather throws a luncheon at her unfinished home, where Meghan confronts the OG of the OC.”

Vicki offers Ryan and his fiancee her backyard as the location for their wedding.She and Tamra talk inside while the two of them look at the yard. Vicki tells Tamra about the dinner with Brooks, Shannon and David.
Tamra tells Vicki about the psychic feeling that the cancer isn’t there. Vicki says she is choosing to interpret the psychic’s words to mean that Brooks’ cancer is going to be cured.

Vicki says they know their truth and who they are, or the psychic or Meghan Edwards who is almost the same age as her son. She asks if Meghan is there when Brooks is going through all of the struggles of his cancer. ‘I’m there,’ she says. She says she doesn’t want anyone. She calls Meghan very naive, immature and ignorant.“Does that mean you’re not going to NASCAR?” Tamra asks. Vicki says that she isn’t going to NASCAR. “She can kiss my ass,” she says. Everyone goes to the NASCAR track.  “Just one of the perks of being Jim Edwards’ wife,” Meghan says in confessional.

At the NASCAR track, Meghan tells Heather that Shannon spilled the beans about the psychic, and reads an enraged text from Vicki.

Meghan says she’s going to be fine and that Shannon is “consistently inconsistent” so it’s no surprise she told Vicki. Meghan says in confessional that the psychic is the one who said Brooks didn’t have cancer, not her. “She’s saying I insinuated that Brooks doesn’t have cancer,” she tells Heather.

Heather says that Meghan was insinuating that. Meghan says she’s just concerned that Brooks isn’t following standard protocol, and the two of them wonder why Vicki doesn’t use the doctor Shannon recommends. Meghan confronts Shannon on telling Vicki that she insinuated Brooks didn’t have cancer.

Shannon says that it’s a big leap to make to hear the psychic said and take it to mean that Brooks doesn’t have cancer. She and Tamra tell Meghan that she should apologize to Vicki.

Tamra starts working in real estate again, and says in confessional that she’s nervous about whether she’s good at it. She is told she has to sell three homes in the next six months.

Tamra gives thousands of dollars to help Ryan, but doesn’t tell Eddie about it because she doesn’t want to hear about it.

Brooks rents Vicki a boat to celebrate her birthday. Before dinner, Vicki says she will remember this day forever because it’s her first birthday without her mother. Vicki tells Brooks that she likes the fact that they still do things even though he has cancer. Brooks says he can’t imagine life without her, and Vicki says she can’t either and that’s why she will defend him against anyone.

Tamra drives Meghan to a potential house for her and Jim. Meghan tells her that Jim is very indecisive about what kind of house he wants. In confessional she says that she will compromise on any points as long as she doesn’t have to move again. Tamra asks Meghan if she’s nervous to talk to Vicki at Heather’s luncheon. “No, I’m not at all,” Meghan says. She says she hasn’t done anything wrong and feels confident is what she’s done and is going to own in. Tamra says in confessional that she was similar to Meghan at that age and knows there is nothing she can do to stop her.

David takes Shannon out for her birthday. He takes her to a pub-like restaurant instead of a family restaurant, which upsets Shannon. She says in confessional that after being cheated on a year ago and having a bad birthday, she has some expectations for her birthday. She says they aren’t high, but she still has them.

Shannon criticizes David for his choice, saying she doesn’t even know if this place is suitable for the children to be at.

When David gets upset at this, she tells him that she doesn’t want to play a victim and act as if he can’t do anything right.

One of their kids says she can see the tension between the two of them, and Shannon denies it. Shannon says in confessional that last year, on her 50th birthday, they had sex and then David eventually told her that he left afterward and had sex with his mistress. She cries, saying that she thought her 51st birthday was going to make up for her 50th birthday and that she was stupid to believe him.

Heather holds a luncheon to show everyone her half completed home. Vicki says in confessional that she doesn’t want to confront Meghan because she isn’t worth her time. Heather gives everyone slippers to walk through the construction zone that is her future home. She shows them the many rooms the home contains, including 14 bathrooms, separate toilet rooms for her and her husband, a butler’s kitchen, a kids’ powder room and a giant closet that will have a sliding ladder like the ones they have in libraries.

Heather then takes them to the room where a long table is set up for the luncheon with a purple table cover and purple flowers.
Tamra tells everyone that she bought Ryan a place without telling Eddie, and everyone tells her that she needs to tell him. She says she is going to tell him, it just hasn’t come up yet. Vicki proceeds to warn Tamra that this could end in divorce.

Meghan talks to Shannon about her doctor, and then asks Vicki about what Shannon told her. Vicki says that if that’s what the psychic says, thank Jesus Brooks is cured. She tells Meghan never to question Brooks’ cancer or she will come after her. She asks Meghan if she’s also going to start questioning whether her mother is dead. She says she is shaking and she can’t even look at her. Meghan says she was concerned about Brooks’ health, and Vicki calls bullshit on that.

Vicki says they thank Jesus in advance for his healing, and if she were Christian she would do the same. Meghan says that has nothing to do with it and Vicki says it does because God has the answers, not a psychic.

In Meghan’s defence, Tamra says that Meghan did not ask the psychic about Brooks.

Vicki says she was there when Brooks had the chemo put into his arm. Meghan says that she was told Vicki said she had never been to one of Brooks’ appointment. Vicki says that’s not true and that this is “ugly and filthy” and she doesn’t know where they are going with this.

Meghan says she wants Brooks to survive and to kick the cancer. She says she doesn’t understand why he told them that his cancer has not improved. Vicki says that’s why she’s doing a different treatment from chemo. She says chemo doesn’t treat every type of cancer. Meghan says there is no evidence at all that the treatment will work. Meghan says Vicki gets involved with her stepdaughter, but she can’t be concerned with the love of her life?  Vicki says she’s a little girl and she hasn’t been through life like they have been. She says that the person Meghan is concerned about is her husband’s ex wife. Meghan starts crying, telling Vicki not to tell her she can’t feel pain that Jimmy’s ex wife is dying. Vicki says it’s insulting for Meghan to say that Brooks doesn’t want to live. Vicki tells Meghan to shut up, and Meghan says “You’re just an old woman who’s pissed off and bitter at the world, so you shut up.”