The Real Housewives of Orange County Recap and Spoilers: Season 10 Episode 14 “A Storm Is Coming” 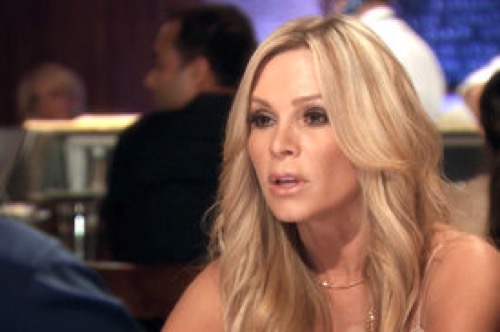 The Real Housewives of Orange County returns to Bravo tonight with an all new Monday September 7 season 10 episode 14 called, “A Storm Is Coming,” We’ve got your recap and spoilers down below! On tonight’s episode, the day after Tamra Judge’s sex party, the ladies are still in disbelief over Vicki Gunvalson’s attack on Meghan Edmonds. Meanwhile, Shannon Beador’s kids cook up a plan to improve their parent’s troubled relationship.

On the last episode Heather’s luncheon ended with a bang as Vicki storms off, upset with Meghan for continually questioning Brooks’ cancer treatment. Shannon visits Dr. Moon to help deal with pent up resentment. Tamra hosted a wild “Sex Party” that has Heather covered in blood and Vicki going for blood as she not only confronted Meghan face-to-face, but also went after Meghan’s husband, Jim Edmonds. Did you watch last week’s episode? We did and we recapped it right here for you.

On tonight’s episode per the Bravo synopsis “the day after Tamra’s sex party, the ladies are still in disbelief over Vicki’s attack on Meghan. Meanwhile, Shannon’s kids cook up a plan to improve their parent’s troubled relationship. Tamra and Eddie’s date night turns sour when she comes clean about financially helping out her son. Plus, Vicki leaves the OC for a visit with Briana in Oklahoma, but underlying tensions about Brooks brings the trip to an explosive end.”

Shannon and Heather meet up at a restaurant. Heather tells Shannon about how she was managing her rapid blood loss from the leech therapy she and her husband underwent when she saw Meghan and her husband fighting.

Shannon details the fight to Heather, ending with Vicki predicting that Meghan’s marriage to Jimmy will end in four years, right before cutting that estimate to two.

Shannon says that Meghan can be very ballsy herself, so they are two opinionated, strong willed women.They talk about Meghan’s youth, saying she doesn’t have the life experience they do and therefore doesn’t know how to act in these situations.

Meghan apologizes to Jimmy for ‘pulling him into’ the argument with Vicki at the party. She says she’s only been concerned about Brooks’ treatment because she thinks it has been subpar.

Jimmy tells her to be careful what she says to people because they don’t know she is trying to help. Meghan says that Vicki kept telling her she was butting into her relationship, yet brought up her marriage. She calls Vicki’s behavior “weird” and “fishy.”

Tamra and Eddie meet with Pastor Mike to talk about her becoming more religious and possibly getting baptized.

She says in confessional that it’s good to be with Eddie and get his support because she spent years with someone who didn’t support the things she did.

Vicki, Briana and her husband go out to dinner together in Oklahoma. Briana says they’re going to stay in Oklahoma for two more years. Briana says in confessional that she would love nothing more than to be back in Orange County, but she isn’t going to come back if Brooks is living in her family home. She says she thinks Brooks is a bad person.

Meghan has a breast cancer scare, and when she goes to get it tested she finds out that she is probably okay and the lumps she has are probably just an infection. She asks Jimmy why she has had such a family history of breast cancer yet no one in her family has received a blood test to find out if they’re going to get it.  She calls her mother, who says not to get it unless she is prepared to act upon finding out she is going to get breast cancer. Meghan asks Jimmy if it isn’t weird that no one in her family chooses to get this blood test. Jimmy tells her that isn’t weird, and it’s everyone’s own choice to do whatever.

Heather has been having a hard time spending time with Terry lately, saying his idea of foreplay is an 18-hour shift in the OR. She says if she can’t beat him, she will join him by working with him on their skin care line.

Terry says in confessional that they have invested over $1 million of their own money into their product, but if no one wants to buy it there’s nothing they can do about it.  They meet with the company they are working with to make the line, and they are told that they will know quickly if the product will sell or not. However, the product will probably be a success. “We’re expected to do a few million out of the gate,” one of the women at the meeting says. “In two days.”

Shannon and David’s daughters have set up a dinner date for the two of them in their “pop-up restaurant” called “Bedora’s Restaurant” that they set up in the house on certain occasions.

One of their daughters says that they have set up the dinner to help their relationship and help them to talk about it.
Shannon says in confessional that she thinks their daughters set up the dinner to make up for the disastrous sports bar birthday dinner set up by her philandering husband. She says that she knows they have hurt their kids, and that she and David both grew up in broken homes and are now doing that to their own kids. She says hopefully they can reverse that, and that that this dinner shows her kids value family.

Tamra tells Eddie about giving her own son money, and Eddie gets pissed off for no good or rational reason, most likely something to do with his male ego. He lectures her about making a “big mistake” and “supporting” and “bailing out” her 30-year-old son. He says he’s not going to support another man’s family, because apparently his wife’s family isn’t his family. Tamra says she wants to help him because he isn’t there, and that she can’t back out of it.

Eddie continues to lecture her about how that’s not her problem, continuing not to understand the concept of loving one’s own child. He tells her that her son isn’t going to have money for the second, third month and so on and that if she continues bailing him out it will be a problem in their relationship. Tamra tells Eddie that her son is going to be paying the money back, and he finally stops talking.

Briana refuses to stay in Vicki’s house because Brooks lives there. She says she’s willing to go to a hotel, and Vicki says she is not going to a hotel with her grandchildren.  Briana says she is saying this to cover her ass because she is trying to be nice by not kicking Brooks out of his bed.