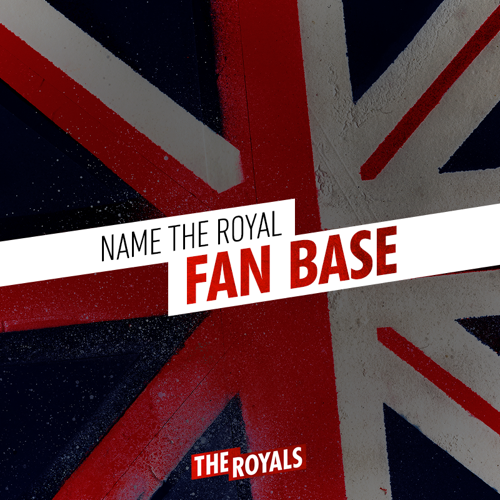 The Royals continues tonight with an all new Sunday, March 29 season 1 episode 3, called “We Are Pictures, or Mere Beasts” and we have your weekly recap below. On tonight’s episode, the Queen [Elizabeth Hurley] and Princess Eleanor [Alexandra Park] stage competing fashion shows.

On the last episode, Prince Liam was reunited with his ex-girlfriend Gemma at the annual garden party. Elsewhere, the Queen and Cyrus worked to counteract King Simon’s wishes. Did you watch the last episode? If you missed it, we have a full and detailed recap right here for you.

On tonight’s episode as per the E! synopsis “The Queen and Princess Eleanor stage competing fashion shows, while Prince Liam narrowly avoids catastrophe.”

Tonight’s episode of The Royals kicks off with Cyrus snorting coke in his room first thing in the morning. In Eleanor’s room Jasper gets out of her bed and gets dressed, she is on her phone. He laughs that he knows she is texting Ophelia to see if she got any dirt on him from Ted. He says last night was fun – and tells her to let him know what Ophelia finds out.

Meanwhile, Ophelia to school and is nearly trampled by the paparazzi– apparently news of her fling with Liam has gotten out. A kid named Nick rescues her and offers to help her make a getaway, they sneak out the backdoor and ride off together on his scooter.

In her chambers Helena’s staff clamors around her – Liam stops by and his mom whispers that she can still smell the super model on him from his morning hook-up. Cyrus arrives and says that apparently their garden party worked and the Chancellor is running a story on the importance of the monarchy. Nick drops Ophelia off and tells her that he is not a stalker – but he has been wanting to talk to her for a while, and he is glad that he finally did. They say their goodbyes and he rides off on his scooter.

Helena is picking out her dress for an event and is furious when she learns that she can’t wear purple because Eleanor’s dress is purple. Cyrus has bad news, the paper came out and Helena made the cover – but it isn’t good. They photoshopped a photo of Helena on a model wearing lingerie and someone leaked a story that she spent 50,000 pounds of the people’s money on lingerie. Eleanor announces that she leaked the story and it was payback for her taking away her social media. Helena kicks everyone out and sneers at Eleanor that they only person she is hurting is herself. If they disband the monarchy, Eleanor will have nowhere to go – Helena scoffs that she will always be fine.

Helena slips in to her dad’s office and accesses his computer – she pulls up Jasper’s personnel file to try and get some dirt on him. Meanwhile back at the palace Helena is taunting Eleanor. She announces that she has decided to have a fashion show and she is planning to have it the same night as Helena’s fashion show. Helena scoffs that she is just going to embarrass herself – because there is no way her fashion show will meet up to her’s. Eleanor reassures her that she has everything under control and her scout is finding the perfect venue.

Liam rushes to meet his father – he scoffs at Liam that he is tardy, and there is no way he is ready to take over the monarchy. Liam explains that his mother was making him try on suits for the fashion show. Liam’s father wants him to attend a meeting with him – it’s with one of the leaders of the groups that want to disband the monarchy.

Helena catches members of her staff watching a news video on the internet discussing Eleanor’s fashion show. Helena orders Cyrus to find out where Eleanor is having her fashion show. She questions Jasper and he says he has no idea what Eleanor is planning, Helena notices that his accent is off – and warns him that she is on to him.

Cyrus finds out where Eleanor plans to hold her fashion show – Helena heads to the venue where Eleanor is setting up the show and she informs her daughter that she is using that venue and now she has to find a new one. Meanwhile, Ophelia spends the day running around with her new friend nick and trying to elude the paparazzi. While she is inside, he googles her and realizes that she is “hanging out” with the Prince of England. Nick tells Ophelia that he is more of a dating guy than hanging out, and tells her that when she is ready for a proper date she can call him.

The king finds out what Helena did to Eleanor – and he reprimands her. Helena says that their daughter needs a good adversary. The king snaps that she doesn’t need a good adversary, she needs a good mother. Meanwhile, Eleanor and Liam are sitting in her room drinking and smoking. She convinces him to go out to the bar with him so that she can help him get his mind off from Ophelia. Gemma meets up with them at the bar and they begin downing shots.

Jasper picks up Eleanor from the bar and she orders him to follow Liam and Gemma to an after-party. While Jasper is driving, Eleanor teases him that she knows he is lying about where he is from – Ophelia looked in his file and she knows that he is an orphan from Camden. Meanwhile in Gemma’s car, she is wasted and driving all over the road, she lets go of the steering wheel and crashes in to a phone booth. The car is totaled and Gemma is bleeding but okay. Marcus orders Liam to get out of the car and says they have to leave Gemma before the police or paparazzi arrive. Liam refuses to leave her at the accident – Jasper and Eleanor pull up in their car and Jasper knocks Liam out and drags him out of the car. Marcus shouts that Jasper can’t do that, and Jasper reminds him that it is their job to make sure Liam does not get caught in situations like this.

Back at the palace Liam is not happy – Jasper apologizes over and over for knocking him out. Marcus tells Liam that his father wants to see him in their quarters ASAP. Eleanor gives Liam advice and tells him to just be honest with the king. In his quarters the king wants to know if Liam was with Gemma – lIam says he seen her, but he wasn’t in the car with her. The king believes him and says that he knows that Liam has been working hard to dedicate himself to the crown, and he is proud of him.

It’s time for Helena’s fashion show – Eleanor arrives and taunts her mom that she got one up on her. Since Helena stole her venue for her fashion show, now she can have her’s at the Palace and it is certain to be better than her mother’s. Helena lectures her that what she has done is unbelievable, and all of the events she plans are for their family and to influence how people see them and to make sure that they are taken seriously and respected.

Ophelia runs in to Gemma backstage of the fashion show – they notice Liam talking to another blond girl. Gemma announces matter-of-factedly that he is having sex with the blond girl, she says that she doesn’t mind though because he is the future king of England and it comes with the territory. Liam corners Ophelia and takes her out the back door, he confesses that he was in the car accident with Gemma – but the press didn’t know it because he left her there in the wrecked car.

In his chambers the King tells Cyrus that he is taking away his plane tour and sending Liam in his place, he wants to see how the public reacts to him. Cyrus is not thrilled that he is losing his tour. Jasper finds Eleanor is her chambers, devastated because she just learned that the reviews in the newspaper raving about her fashion show were planted by her mother. Jasper comforts Eleanor and reassures her that her mother is always lying – and the reviews were the truth. Liam runs in to Cyrus, Cyrus scoffs that he is welcome for cleaning up the car accident mess. Liam is shocked – but Cyrus tells him there were traffic cameras everywhere. Cyrus scoffs that they are much more alike than Liam wants to admit.