The Royals Recap: “The Slings and Arrows of Outrageous Fortune” Season 1 Episode 6 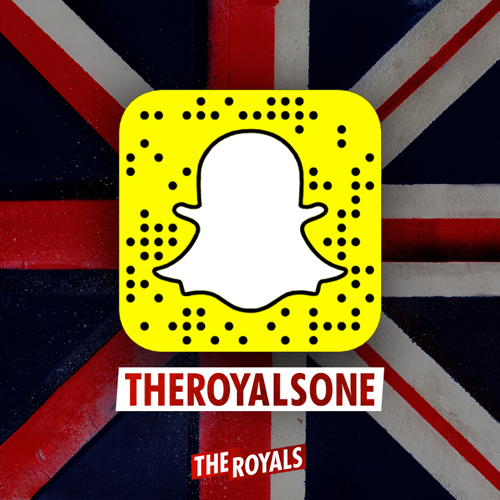 The Royals continues tonight an all new Sunday, April 19 season 1 episode 6, called “The Slings and Arrows of Outrageous Fortune,” and we have your weekly recap below. On tonight’s episode, a trip to Monaco brings out a different side of Princess Eleanor, [Alexandra Park] while Prince Liam [William Moseley] and Ophelia’s [Merritt Patterson] relationship grows and flourishes.

On the last episode, the annual masquerade ball turned out to be a night to remember for Prince Liam, Princess Eleanor and Queen Helena as the nature of each of their romances became clear over the course of the evening. Did you watch the last episode? If you missed it, we have a full and detailed recap right here for you.

On tonight’s episode as per the E! synopsis “a trip to Monaco brings out a different side of Princess Eleanor, while Prince Liam and Ophelia’s relationship grows and flourishes. However, scandal and public scrutiny seem to follow the royals wherever they go.”

Monaco was supposed to be an escape. Yet, true to fashion, the royal princesses decided to take both their drugs and their everyday drama-filled antics with them when they went. So on tonight’s all new episode of “The Royals”, read as a planned vacation actually turns out to be a lot more stressful than the life back at the palace.

Though, to be fair, there was one thing everyone had going for them in Monaco and that’s they each had someone they wanted to impress. Even Eleanor who had run into her first love Beck thanks to her brother arranging everything. So why then did Queen Helena tried to stir up problems despite being a thousand miles away?

The Queen, it seems, needs a new bodyguard and out of the blue she’s chosen Jasper, as in Eleanor’s Jasper, to take on the job.

Jasper had apparently put in transfer papers but in no way did he do so or think he was going to go from watching the princess to the Queen. Typically that promotion isn’t handed to someone who just admitted their previous job was too hard for them to handle. So, the real question here is why does the Queen suddenly want him at her side? Is she going to use him towards her own agenda or does she simply want to mess with her daughter’s head?

And, in the meantime, we must ask ourselves why has her brother-in-law ,Cyrus, taken an interest in where King Simon goes at night?

The King has been known for taking leisure and often undercover walks out among the people. And so far the Queen hasn’t stepped in to prevent this in anyway. Yet Cyrus has chosen to be different. He’s actually hired Prudence to spy for him and if at any time she fails in her duty – he’s told her he would turn her in for almost poisoning him.

But for those stuck in Monaco, the trip went from great to a major turn down overnight. Liam’s best friend Ashok literally lost his brand new car, the one that his father had bought him, in a card game he wasn’t even playing. And Eleanor soon realized that her first love couldn’t exactly make her change her drug fueled ways. So, from all appeances, day one only went well for Liam and Ophelia.

The two began by sleeping in different rooms but by the end of the night they managed to recapture what originally drew them together.

And day two wasn’t so bad. Gemma initial scheme to win Ashok his car back had failed. So Liam stepped in and challenged Omar, the guy who won the car, to a game of darts. In case you’ve forgotten the pilot episode then know this – Liam is absolutely great at darts. He can do them either drunk or sober. Thus darts is his thing and unbeknownst to Omar – he was going down.

Whoever won was going to take Ashok’s car as their winnings. And true to form Liam managed to win.

But then this Omar decided to renegade on the deal when he realized he’s been had and was in fact going to keep the car despite losing. So Ophelia had to step in. And she did so by carrying a bow and arrow which she then pointed directly at Omar.

Afraid of getting injured, Omar quickly gave up the car. However, Ophelia’s hold on that bow and arrow wasn’t that strong. And she wasn’t kidding when she said she couldn’t control for long. Hence she did end up letting one lose and unfortunately it hit Ashok directly in the leg.

It was a minor injury but Ashok proceeded to milk as much sympathy as he could from it. So, truthfully, Ophelia did him a favor by shooting him. Prior to her doing so, he was just Liam’s dateless friend but afterwards he became the injured hero who needed tending to.

And soon it was Gemma who was left feeling out in the cold as everyone naturally welcomed Ophelia, a Katniss in disguise, into their inner circle.

As for Eleanor, though, she soon found herself being happy regardless of her sobriety. See, at the beginning of their trip, Beck had hidden her drugs bag but once she figured out it was him – she demanded them back. And he did return them. But ultimately she didn’t bother using any of it and that’s because Beck made her happy simply for being herself.

So both the Prince and Princess had reconnected with someone they needed on this trip and it was just poor luck or bad timing that they both couldn’t have that person by their side when the video of Ashok’s injury began streaming live over the internet.

Beck had to return to his wife and at least try to save his marriage and Ophelia standing by Liam, especially as she was the one that shot Ashok, is just going to be doing more harm than good. So this time, probably the first time, the royals are going to have stand on their own to resist the oncoming onslaughts. Because, also their father the king is done with their behavior.

He gave everyone in his life the chance to turn their lives around and all they’ve done is disappoint him. And don’t worry that goes for his wife as well. See, he caught Jasper leaving her room late at night and it safe to say their marriage is now over.

Plus, even better news is that Cyrus’s little ploy in using the Prudence the maid finally backfired on him and instead of using her – he actually gave her the means to blackmail him.