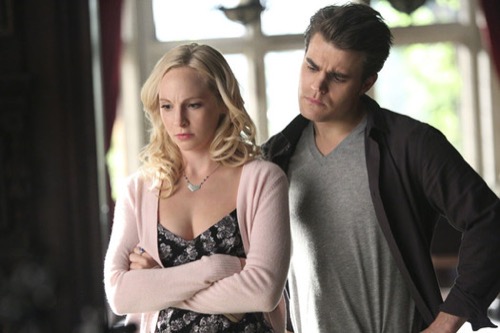 The Vampire Diaries spoilers for Season 6 episode 13 promises some great action and intrigue on next week’s show. Tonight’s on CW my favorite series, The Vampire Diaries aired episode 12 and it was all sorts of intense, cancer guy that Caroline saved is now a vampire zombie which means bad things for Liz. Damon wakes Kai to try and save Liz which results in a witch on witch merger as Kai’s price for helping.

We cannot wait till the next episode. Good news, we managed to get some juicy spoilers and a sneak peek video of “The Day I Tried To Live”  for your enjoyment below while you wait for it to air February 5th, 2015!

On tonight’s episode as per the CW synopsis,”when Liv (guest star Penelope Mitchell) and Luke’s (guest star Chris Brochu) father arrives to town to celebrate their birthday, they try and convince him to let Jo (guest star Jodi Lyn O’Keefe) and Kai (guest star Chris Wood) take their place in the merge ceremony. After Tyler (Michael Trevino) finds out that the merge is happening sooner than he expected, he urges Liv to let him talk to her father. Meanwhile, after Caroline’s (Candice Accola) plan to cure her mother takes an unexpected and devastating turn, Elena (Nina Dobrev), Stefan (Paul Wesley) and Damon (Ian Somerhalder) gather at the hospital, while Jo attempts to save Sheriff Forbes’ (guest star Marguerite MacIntyre) life. Lastly, with the merge set to take place, Damon’s risky plan quickly sends things spiraling out of control, forcing one of the twins to take matters into their own hands.” More Happened!   Did you watch tonight’s episode?  We did and a lot more happened, check out our nifty recap, here!

Spoiler alert: If you’re one of those people who doesn’t like spoilers, stop reading now! We have some juicy spoilers for you about the season  6 episode 13 of CW’s “The Vampires Diary.” 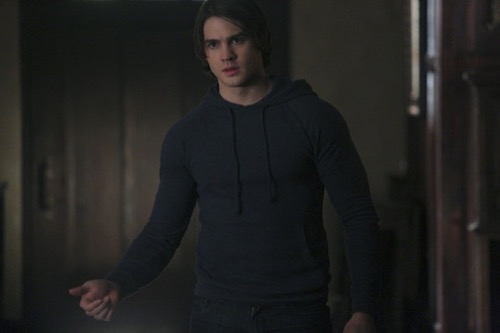 Elsewhere, Stefan keeps a close eye on Caroline (Candice Accola) as she unconventionally attempts to cope with everything going on around her. Lastly, realizing it might be time to move on with his life, Jeremy contemplates leaving Mystic Falls for good. Pascal Verschooris directed the episode written by Chad Fiveash & James Stoteraux (#613).”

The Vampire Diaries Season 6, Episode 13 “The Day I Tried To Live” airs on the CW on February 5th, 2015. Check out the preview video from episode 12 and let us know in the comments below what you think!