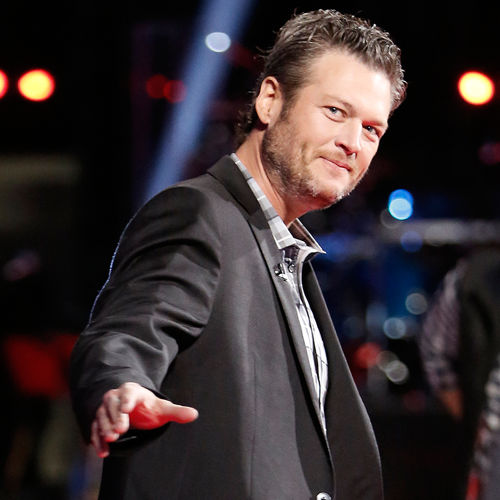 Tonight on NBC the Emmy award winning music competition The Voice continues with an all new Monday November 16, season 9 episode 18 called, “Live Top 12 Performances,” and we have your weekly recap below. On tonight’s episode the Top 12 artists perform in hopes of winning the title of “The Voice.”

On the last episode, the top 20 artists awaited America’s vote. The top two performers from each team moved through to the live performance shows. Did you watch the last episode? If you missed it we have you covered with a full and detailed recap right here for you.

On tonight’s episode as per the NBC synopsis, “the top 20 artists await America’s vote. The top two performers from each team will move through to the live performance shows and coaches Adam Levine, Blake Shelton, Gwen Stefani and Pharrell Williams will save one remaining artist from their team.”

Tonight’s season 9 episode 18 is going to be exciting. We’ll be blogging it right here for you. In the meantime hit up the comments section and tell us your thoughts on season 9 of The Voice.

#TheVoice begins with a statement of support to those in Paris followed by a moment of silence. Tonight it’s the top 12 singing live. Team Gwen’s Braiden Sunshine is up first and he’s rocking tonight. He’s doing Renegade by Styx. He rocked the house and the ladies seem to love him – plus he’s got glasses off and straight hair and is cute as a bug. Gwen is on her feet when he’s done and the comments start with Adam who says he’s badass for being in a band when he was nine and says he’s a fan.

Blake says it was badass that Braiden was even in a bar at age 9 at all. Blake says Braiden can sing anything – any style and suggests he sing country next time. Pharrell says this rock thing with cool runs is amazing and he hit all the notes. He says he’s super-impressed. Gwen says she was scared of him doing a rock song but then he vocally nailed it and says she’s proud of how brave he is and says he did an amazing job.

Next up is Team Adam’s Amy Vachal and Adam wants her to do Hotline Bling by Drake and says to sing it her way. It sounded amazing and you definitely didn’t think about Drake when you heard it. Blake says she’s so elegant and classy and says it’s about a booty call so it’s unbelievable. Then Blake jokes that Gwen sang it to him. Pharrell then gets a case of the giggles and stops and tells Amy she always makes songs hers and it’s an uncanny ability that a lot of people don’t have.

Gwen says she looks so pretty and says it was so cool and tells Adam it was an amazing idea and better than what she did on Fallon. Adam says it was a brave choice for her to listen to his advice and says she took a risk and did something bold and that’s the version of the song he wants in his life and she should be so proud of her artistry and says it was so gorgeous. Next up is Team Pharrell’s Mark Hood. He’s doing the iconic song Against All Odds by Phil Collins.

Gwen says she loves how full of heart and spirit he is after he kills the song. She says he’s one of her favorites. Adam says you can feel how much Mark wants this and that passion and determination is the most inspiring thing about him and says that can’t be taught. Pharrell tells everyone to stand up again for Mark and they do and tells everyone at home to get on the phones and vote this year. The crowd is wild for him.

Team Blake’s Emily Ann Roberts is next and she’s doing Blame it On Your Heart by Patty Loveless which is a great song. The crowd loves her and Gwen says wow and tells her she’s so good and is already a country star. She says she doesn’t know the song but likes it now. Adam says she’s awesome and says she’s really grown up before their eyes. Blake says she’s always been a great singer but he feels like she’s finding that out about herself and her confidence is growing.

Team Gwen’s Korin Bukowski is up next and she’s doing Titanium by David Guetta. Gwen wants to do Korin’s hair crazy for the number. Korin’s hair is white blonde like Gwen has made her a mini-me and her voice is spectacular. Gwen is on her feet for Korin as is the crowd that cheers wildly. Blake says to keep thinking that she’s not cool because that is the coolest thing about her and says that’s one of the hardest songs he’s ever heard and she nailed it.

Pharrell says it was transformational. Gwen says she’s so blessed to be part of her journey and watching her gain confidence and says that song was written for her life and she did it just like she thought it should be done and says it was beyond cool and she just nailed the vocals and showed her range. Gwen says she’s glad she trusted her to go blonde and the crowd cheers again. Next up is Team Blake’s Barrett Baber doing a power ballad.

Barrett is doing Right Here Waiting by Richard Marx. It’s a great song and he does it justice. Adam says he loves how Barrett always attacks a song and shows his passion. Blake says he loves that what comes out of Barrett is real and passionate. Next up is Team Pharrell’s Madi Davis who is doing Who Will Save Your Soul by Jewel. It’s already a cool song and Madi puts her own spin on it and makes it even cooler. It’s very impressive and she riffs with it well and Pharrell is on his feet cheering.

Gwen says she thinks she’s great and then says it was so fun to see her in a different way and says she was free and then notices Madi is in LAMB shoes (from Gwen’s clothing line). She says her voice was bold and beautiful. Blake says she has snuck up on him and he agrees it’s cool to see her in a different way. Pharrell reminds the crowd she’s just 16. He says that makes a huge difference and people should think about that when they’re voting tonight.

Next up is Team Gwen’s Jefferey Austin who is singing Let It Go by James Bay which is a song not everyone has heard. Gwen stands as the room cheers. Adam says he has such a unique and powerful voice and this great stage presence and calls him one of the best in the competition. Blake says his voice is so strong and congratulates him. He says his pitch is unbelievably perfect. He says he could win it and Gwen says it was crazy and says he’s hot with his hair dyed. She says he took it to a whole new place.

Next up is Team Adam’s country singer Shelby Brown. Adam says she needs to have a “moment” and she’s doing In Color by Jamey Johnson. She takes the stage for her performance and her voice is spot on and her range is amazing. Her upper register is sublime. The crowd cheers and Blake says she’s such a powerful singer and says she got ahead of the band for one moment but then made up for it with a big note. He says good job and Adam says she recovered and with one of the most powerful notes of her life.

Next is Team Pharrell’s Evan McKeel who is doing Kenny Loggins’ This Is It. They do one last rehearsal then he’s on. His voice is flawless and he definitely does justice to Loggins. The crowd digs it and then Gwen starts the comments. She says he was so free tonight and says she was like wow three times with him. She says it’s so good. Pharrell says when you stick with who you are and share it with the world, it lifts people up. He says it came from the heart.

Team Adam’s Jordan Smith is next and he’s taking a big risk to show who he really is. He’s doing Great Is Thy Faithfulness and old school hymn. It’s just him and the piano and no band. His voice is spectacular. Gwen, Blake, Adam and Pharrell are on their feet and people are actually in tears. Adam comes out to give him a hug before the comments. The audience won’t stop cheering and screaming for him. Blake says that was special coming after the horrible things in Paris and thanks him for it.

He says it was beautiful. Pharrell says dude, you had me standing in the middle of the song and says everyone needs to go to iTunes and buy it, no matter the vote. He says get it. Adam says the world can be confusing and sad then Jordan comes along and makes them feel hope. He says for two and a half minutes, you feel joy and rejuvenation. He says thank you Jordan. The crowd goes wild again. That guy can sing. He’s incredible.

Last of the night is Team Blake’s Zach Seabaugh. He and Blake do Footloose in rehearsal and good around. Zach is singing My Love by Little Texas. The ladies are digging the handsome Georgia boy. Blake is on his feet cheering and then Pharrell starts and says the range he has is crazy and he sings so low then so high with ease while he’s shaking hands with a beautiful girl. Pharrell says it’s crazy he’s only 17. Gwen says she kept thinking what a natural he is and his stage presence is seasoned.

Gwen says he’s going to be a huge star. Adam says last week was a breakout for him with the dancing and the women flipping out then says he wanted to see more of it and this was subdued and was a different side of him and felt like it was part of a show and says it’s awesome. Blake says he has not had anyone on the show like him that could walk off the stage, out the door, and go on a headlining tour and says he’s ready to do it. He says he takes his notes and put them into motion and says great job.

That’s it – voting starts now online and via The Voice app plus iTunes.