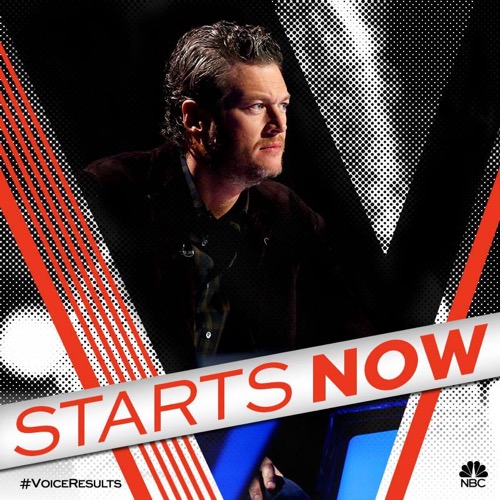 Tonight on NBC the Emmy award winning music competition The Voice continues with an all new Monday November 30, season 9 episode 22 called, “Live Top 10 Performances,” and we have your weekly recap below. On tonight’s episode the top 10 contestants perform in front of the judges.

On the last episode, the top 11 artists were up for elimination. America’s votes were revealed in a results edition, and out of all of the talented contests we sadly had to say goodbye to Evan McKeel who was sent home. Did you watch the last episode? If you missed it we have you covered with a full and detailed recap right here for you.

Tonight’s season 9 episode 22 is going to be exciting. We’ll be blogging it right here for you. In the meantime hit up the comments section and tell us your thoughts on season 9 of The Voice. We’re now down to the top 10 contestants, who are you rooting for to become this season’s winner?  Who do you think will be sent home this week, sound off in the comments and let us know!

#VoiceTop10 starts now and Team Gwen’s Jefferey Austin doing a lesser known song Jealous by Labrinth. It’s a very emotional performance. Adam says it was beautiful and what he does is so unique and says he has a bright future with or without the show. He calls him very impressive.

Blake says it’s an amazing song and he got lost in it like he hasn’t done this whole season. Pharrell says he had never heard the song before and says he felt his honest and calls it a major achievement. Gwen says she didn’t want it to end and says it was perfect for him and says it’s cool to watch him.

Next up is Team Blake’s Emily Ann Roberts. Blake gave her, Zach and Barrett guitars. She says Winona Judd called her last night and gave her some advice. Emily is singing She’s Got You by Patsy Cline. She does a great job with this classic tune and Blake is cheering for her.

Pharrell says it was fantastic and it’s unbelievable how young she is. Adam says it was amazing and she’s a phenomenal singer and has grown in such a short period and it’s amazing. He says he hates to give Blake any compliments, but she did a wonderful job.

Blake says Emily Ann is the best collaborator he’s ever worked with on The Voice. He says that was her best performance of the season so far. Next up is Team Gwen’s Braiden Sunshine. Braiden is doing Imagine Dragons’ Radioactive.

Braiden absolutely killed it and the crowd is cheering for him. Adam says he respects his courage and says he really goes for it and does a rock and roll thing. He says he gets more seasoned every time. Adam says he’s a fan and loves him.

Blake says great job tonight. He says he’s a throwback to the 80s and is his favorite thing about him. Gwen says he’s so punk rock and says for 15 it’s amazing. She says after the haircut he looks 16. She says he gets better every week and he was relaxed and punk.

Back from break, there’s a cute promo of The Wiz with Dorothy doing a blind audition from Kansas. Toto, the tin man, scarecrow and lion all turn their chairs for her. Next is Team Adam’s Shelby Brown. Adam has a giraffe stuffed toy for her since he promised her one.

Shelby is doing Go Rest High on That Mountain by Vince Gill. She’s dedicating it to her grandfather. The crowd is screaming wildly for her. Pharrell says it was her best performance and the way she connected to the lyrics, they could all feel it was her best moment.

Adam says her potential has astonished him and he’s just trying to get her out of her own way to get to the unbelievable rare talent that she has. Next up is Team Gwen’s Korin Bukowski who has been saved twice by the instant save.

Korin is doing Same Old Love by Selena Gomez. She’s really showing some attitude and kills it. Pharrell says this was her moment and it was amazing. Gwen says she’s making her crazy with what she did and says she lifted it up and she didn’t expect it and is so proud of her.

Next is Team Adam’s Amy Vachal. Adam talks about how well she’s charting on iTunes. She’s doing a cool stripped down version of N’Sync’s Bye Bye Bye. It’s really cool. She made that song so much better than the original and the crowd digs it.

Gwen says she can just go on tour doing songs like that and it could be a theater tour. Adam says they figured out how to maximize her creative capacity since they can only do covers on the show. He says her songs are infectious and popular.

Team Adam’s Jordan Smith is singing Jeff Buckley’s Hallelujah. Adam tells him this is the one. It was amazing. The crowd is chanting for him as usual. Blake says it’s incredible, over the top and like it always is. He says great job.

Pharrell says you can’t compliment what he just did and says it seems effortless the way he goes through the scales. Adam says he taped his rehearsals and when he listens to it he gets chills and says Jordan lifts people.