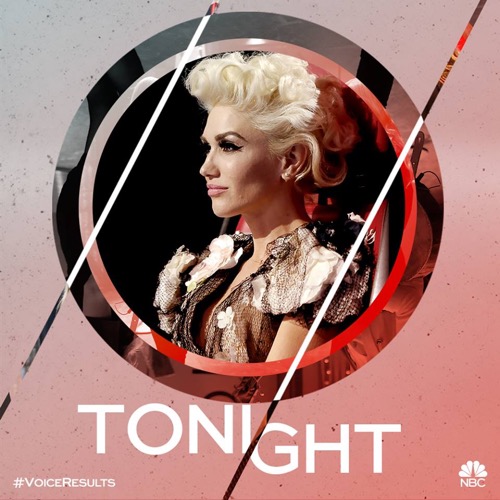 Tonight on NBC the Emmy award winning music competition The Voice continues with an all new Tuesday December 8, season 9 episode 25 called, “Live Semi-Final Results,” and we have your weekly recap below. On tonight’s episode America votes to eliminate five artists in a semifinal-round results edition.

On the last episode, the top 9 artists currently remaining were Jordan Smith, Jeffery Austin, Emily Ann Roberts, Madi Davis, Braiden Sunshine, Barrett Baber, Amy Vachal, Shelby Brown and Zach Seabaugh and they performed live in front of coaches Adam Levine, Blake Shelton, Gwen Stefani and Pharrell Williams for America’s vote. Did you watch the last episode? If you missed it we have you covered with a full and detailed recap right here for you.

On tonight’s episode as per the NBC synopsis, “America will vote to eliminate five artists and the final four will compete in the Live Finale. Adam Levine, Blake Shelton, Gwen Stefani and Pharrell Williams serve as coaches and Carson Daly (“TODAY Show”) hosts.”

Who are you rooting for and who do you think will be sent home tonight? Jordan Smith’s performances has cracked the top 10 on iTunes’ singles chart since season 9 began 11 weeks ago, the singer says he’s still shocked that he is doing so well. Do you think Jordan is a strong contender to win it all?

Tonight’s season 9 episode 25 is going to be exciting. We’ll be blogging it right here for you. In the meantime hit up the comments section and tell us your thoughts on season 9 of The Voice.

#TheVoiceResults starts now. Tonight determines who moves into the finals of The Voice Season 9. All four coaches are still in it as of now, but likely not all will still be in contention by the time tonight’s results show are done.

Tonight will also feature the last Instant Save of the season. First up is Cassadee Pope, winner of The Voice, Season 3. She sings her new song “I Am Invincible.” Next we see the Top 9 meet Dolly Parton in a video glimpse of her backstage visit with the artists.

Dolly says it was a thrill to see Emily Ann Roberts sing her “9 to 5.” Jordan asks Dolly if she still gets nerves and she says she does but still messes up. Emily asks her about getting homesick and she says writing songs helps.

Carson reveals the first person moving to the finals is Team Adam’s Jordan Smith. No surprise there. We all knew Jordan had a lock on this with that killer Queen cover last night and his outstanding performances all season long.

The remaining eight come out for the next result. The next artist safe is from Team Blake – it’s Emily Ann Roberts. Now it’s time for a performance by Dolly Parton. She does “Coat of Many Colors.” It’s amazing as always.

Now the remaining seven take the stage for the third safe person of the night. This will be the last before the Instant Save announcement. Also safe is Team Blake’s Barrett Baber. Blake has two artists in the finals now.

The six remaining artists come out to see which three will sing for the Instant Save. Up for the Instant Save are Team Gwen’s Jefferey Austin, Team Pharrell’s Madi Davis and Team Blake’s Zach Seabaugh. Eliminated are Shelby Brown, Amy Vachal and Braiden Sunshine.

For the Instant Save, Zach Seabaugh does Tim McGraw’s “Live Like You Were Dying.” Blake has a shot with this to have three in the finals. Blake says Zach is a star and says his stage presence is impressive and he’s worked so hard. Blake says he’s a great country singer.

Team Pharrell’s Madi Davis is next and her Instant Save song is “Don’t Dream It’s Over” by Crowded House. She seems nervous. Madi is in tears because her performance was rough. Pharrell says her journey has been amazing and says America loves her.

Last up for the Instant Save is Team Gwen’s Jeffery Austin. He sings “Make It Rain” by Ed Sheeran. He absolutely killed it. Gwen is crying and says he has opened his heart to America and calls it unbelievable. She says he’s so unique and so talented.

She says if he doesn’t get voted through, it’s a crime. She says he’s incredible. We get some final comments from the judges and then it’s time for the reveal of who is staying and which two are going home. Madi Davis and Zach Seabaugh are eliminated and Jeffery Austin is moving on to the finals.

That means that Pharrell Williams is out of the running to be the winning coach this year. Check back with CDL next week for live coverage of The Voice Season 9 finals.