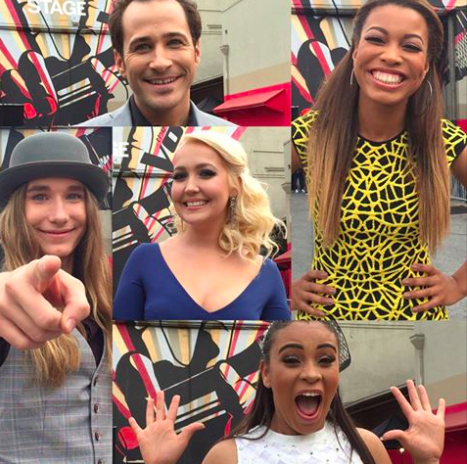 Tonight on NBC the Emmy award winning music competition The Voice returns with an all new Tuesday May 12, season 8 episode 24 called, “Live Semi-Final Results” and we have your weekly recap below. On tonight’s episode, four artists advance in a semifinal-round results edition.

On the last episode of The Voice, the top five artists performed live in front of coaches Adam Levine, Blake Shelton, Christina Aguilera and Pharrell Williams for America’s votes. Did you watch the last episode? If you missed it, we have a full and detailed recap right here for you.

On tonight’s episode per the NBC synopsis “America will vote to determine which four of the final five artists will compete in the Live Finals. Adam Levine, Blake Shelton, Christina Aguilera and Pharrell Williams serve as coaches and Carson Daly.”

Tonight’s Live season 8 episode 24 is going to be exciting. We’ll be blogging it right here for you. In the meantime hit up the comments section and tell us how excited you are for season 8 of The Voice.

#VoiceResults starts with Carson Daly greeting the judges. The four that move to the finals will be revealed. Walk the Moon performs Shut Up and Dance. Then Carson calls out the five artists to make the first announcement. It’s Meghan Linsey, India Carney, Koryn Hawthorne, Sawyer Fredericks and Joshua Davis. Carson asks Meghan what the voice has done for her and she talks about how confidence building it has been. Then Carson says the first person safe is from Team Pharrell is Sawyer Fredericks.

Carson then introduces Snoop Dogg and Pharrell singing a song of Snoop’s new album California Roll. Pharrell then talks about how Snoop is a legend and a hero to him and says they have so much fun working together. He talks about Snoop’s new album being a mood lifter. Then they show a confessional from the show.

Christina says she like to think she’s 5’8” but she’s 5’2”. India says if she wasn’t a singer she’d be a hairdresser and says she would love to do Sawyer’s hair and wants to know what’s going on under the hat. Meghan says she’d be a vet because she loves dogs. Sawyer says he loves animals and Meghan says he has 20 cows and he named them all. He rattles off the names of the cows and donkeys.

Joshua says he’s good with a yo yo and that he can juggle. He says he’s been working on a Rubik’s cube for 15 years. We see the judges trying those things. Blake can juggle a little. Joshua shows off his juggling skills. Blake pretends like he solves a Rubik’s cube. Christina asks if anyone can solve one of these.

Carson calls out Meghan, India, Joshua and Koryn then asks India about her supporters. She thanks her fans and says it’s an honor to have their unconditional love. Carson then says the next artist moving on in the finals is from Team Blake – Meghan Linsey. That gives both Pharrell and Blake a horse in the finals race so far this evening.

Meghan, India and Koryn next perform – they do Journey’s Faithfully and they sound amazing together. Then Joshua, Koryn and India come out and Carson says he’s now going to name the first artist who has to perform for the #InstantSave. He says it’s Team Christina’s India Carney and tells her to go prepare for her last chance performance. Either Koryn or Joshua is safe.

Joshua and Sawyer next perform together and they sing Drift Away originally performed by Dobie Gray and covered by the Doobie Brothers and Uncle Kracker. Carson then announces the last person guaranteed a slot is Joshua Davis from Team Adam. This means all but Christina are represented in the finals so far. It will be India and Koryn facing off against each other for the Instant Save.

India Carney sings first and does My Dark Side by Kelly Clarkson. Christina says India is beyond and does her heart proud and pushed herself to the limit. She tells India no matter what happens tonight, she’s with her, behind her and a fan. Then Christina says the fans should understand how close the voting is and says if you like her, vote.

It will be #VoiceSaveIndia or #VoiceSaveKoryn. Koryn then sings If I Were a Boy by Beyonce. Pharrell says she just pulled the energy from the room and the crowd applauds. He says he’s there to support her and says to everyone at home to vote. India talks about how much Christina has done to develop her as an artist and a person. Koryn tells Pharrell how grateful she is for what he’s down with her.

Caron reveals the Instant Save goes to Koryn. That also means Christina is knocked out of the finals. Team Pharrell has two, Adam one and Blake one.