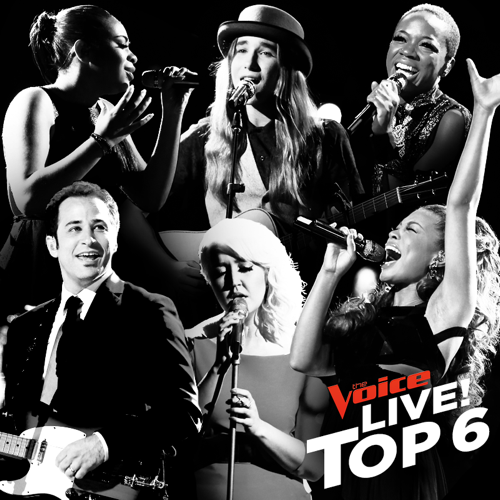 Tonight on NBC the Emmy award winning music competition The Voice returns with an all new Tuesday May 5, season 8 episode 22 called, “Live Top 6 Eliminations “ and we have your weekly recap below. On tonight’s episode, one artist is eliminated in a results episode.

On the last episode of The Voice, the top 6 artists performed live in front of coaches Adam Levine, Blake Shelton, Christina Aguilera and Pharrell Williams for America’s votes. Carson Daly (“TODAY Show”) hosted. The six contestants were tasked with performing two songs last night – one that they picked and one that was selected by their coaches. Did you watch the last episode? If you missed it, we have a full and detailed recap right here for you.

On tonight’s episode per the NBC synopsis “America will vote to eliminate one artist and the remaining five will continue in the competition.”

Tonight’s Live season 8 episode 22 is going to be exciting. We’ll be blogging it right here for you. In the meantime hit up the comments section and tell us how excited you are for season 8 of The Voice.

It’s #VoiceResults night! Alumni from other seasons will perform tonight and there will be another fan instant save to pare it down to the semi-final performers. First up is Season 5 runner up Jacquie Lee from Team Xtina singing Tears Fall. She’s touring with Shawn Mendes and talks about still being a student. Carson then calls out the top six.

From Team Blake, there’s Meghan Linsey. From Team Xtina, there’s Kimberly Nichole and India Carney. From Team Pharrell, it’s Sawyer Fredericks and Koryn Hawthorne. And there’s Joshua Davis from Team Adam. Carson announces the first semi-finalist is the youngest contestant, Sawyer Fredericks. He gets a hug from Pharrell as the crowd cheers.

Clive Davis is there watching the live show and is presenting his next big star – Season 3’s Avery Wilson. Clive says Avery has jaw dropping star power and compares him to one of Clive’s other big discoveries – Whitney Houston. Avery sings his new single If I Have To. Avery talks about how excited he is to be part of Clive’s music legacy.

Carson calls back out the other five – India, Koryn, Meghan, Joshua and Kimberly. Koryn says Pharrell has taught her to believe in herself and she thanks him for it. Carson then announces the next artist that’s safe and moving into next week’s semi-finals. He says America saved, from Team Blake, Meghan Linsey. Blake’s only artist is safe and that means Pharrell and Blake are in the semis.

Next up is Team CeeLo’s former finalist from Season 1 Vicci Martinez who sings her single Bad News Breaker. Vicci says she just self-released an album called I Am Vicci Martinez on iTunes. She thanks The Voice for treating artists like artists and for promoting her album. Carson then calls out the four left – Joshua, India, Koryn and Kimberly. He asks Joshua about Adam’s coaching.

Joshua says the whole process has been amazing and says Adam has taught him to own what he does. He says they all have flaws but you just own it so you’re genuine. Carson then announces the next save from the vote is Team Pharrell’s Kory Hawthorne. That puts Pharrell with two in the finals and leaves Christina and Adam at risk to be out.

Next up is Team Blake’s winner from last season, Craig Wayne Boyd, who sings I’m Still Here. Carson says Craig has been touring with Rascal Flatts and he debuted at number one that tied with Garth Brooks. Carson now brings out the three remaining artists – Kimberly, Joshua and India. He asks India about Christina and she says Christina has been one of her inspirations and she taught her to take risks.

Carson announces that the final save from the vote is Joshua Davis from Team Adam. That leaves India and Kimberly singing for the live save. They’re both Team Xtina and one will be saved so that means all four coaches will move into the semi-finals. India sings first for the save and she’s chosen Pink’s Perfect. She kills it and then it’s time for coach feedback.

Next up is Kimberly Nichole singing Seven Nation Army by The White Stripes. Pharrell if Jack White could hear her, it’s crazy. He says she’s an incredible artist and that America needs to support her. Christina says Kimberly puts her heart and soul into everything and says she hears the crowd cheer her name every time. She tells everyone to get out and vote for Kimberly as well.

Then Carson calls India out so he’s got both India and Kimberly on stage with him. Carson says last week was the closest instant save ever and calls for the instant save vote that will last just five minutes. We see the votes are at 50/50 with moments left. India thanks Christina for everything she’s given her and says it’s been a godsend to learn from her and says she can’t put it into words what she’s done.

Kimberly thanks her for saving her in the battles and for believing in a little black girl from Seattle who wants to sing rock. She says Christina has taught her how to milk things, sing songs and to be the best she can. Christina says either way, she’s going to be both happy and heartbroken. Christina says the votes really matter. The #VoiceSave window closes and the results are in… Kimberly is out and India is in the semi-finals!