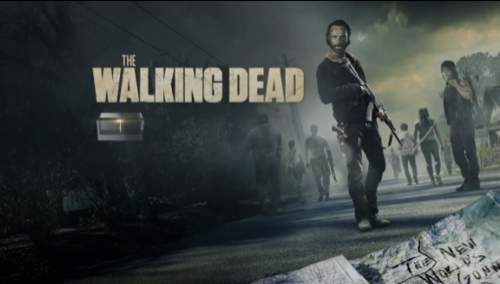 News has surfaced possibly revealing more spoilers for season 6 of The Walking Dead. New character details hint at Negan’s appearance and a possible major character death. Read on below if you’re eager to read about some TWD spoilage. If that sort of thing upsets your stomach, then be sure to look away now!

A casting call for “Kirk and Hilda” was found by the Spoiling Dead, and judging by the description, it looks like we might be able to make a solid guess on who the newcomers are. The role of “Kirk” requires a male in his mid-20s to 30 years old. A brief back story describes his situation: “Just a couple years ago, he was a young, blue collar everyman from a small town, who worked a job, was married, and followed the golden rule. He’s avoided being cynical and bottom line minded — but the world seems to keep telling him to look out for number one and eliminate anyone in his way…”

It’s a recurring guest star role with a series option for following seasons. The role of “Hilda” is described as a female in the same age range, “attractive, Kirk’s wife, strong, not passive or wilting.” Being that filming has started, and the requirements suggest multiple seasons, the popular guess is that the roles are actually for the characters Dwight and Sherry.

In the comic books, Dwight becomes a rather prominent character. He is a member of The Saviors, which fall under the leadership of Negan. Dwight also kills one of the fan-favorite characters currently on the show – Abraham. Could the appearance of Dwight mean the death of Michael Cudlitz’s character? Possibly, but there’s hope for Abraham fans. The show doesn’t stick to the plot of the comics to the letter, and often strays from deaths, switching out character deaths.

It may feel a bit early, but the back half of season 6 of The Walking Dead could introduce the much anticipated villain – Negan. Perhaps the season 6 finale of The Walking Dead would be a huge draw into season 7, if Negan finally made his debut and killed one of the current principal characters.

Thanks to images shown on The Spoiling Dead Fans, another new prominent character fans will surely take to is Heath. CDL noted the repeated sightings of man who looked a lot like Heath in a previous report, but it has now been confirmed that Corey Hawkins will play the role of the key member of the Alexandria Safe Zone. Scenes have already been shot, possibly featuring Heath’s game-changing run with Glenn.

What do you think of Negan’s possible impending arrival on The Walking Dead? Would a season 6 finale featuring the fan-favorite villain be the perfect lead-in for The Walking Dead season 7?