BY Heather Hughes on July 30, 2015 | Comments: one comment
Related : Soap Opera, Spoiler, Television, The Young and the Restless 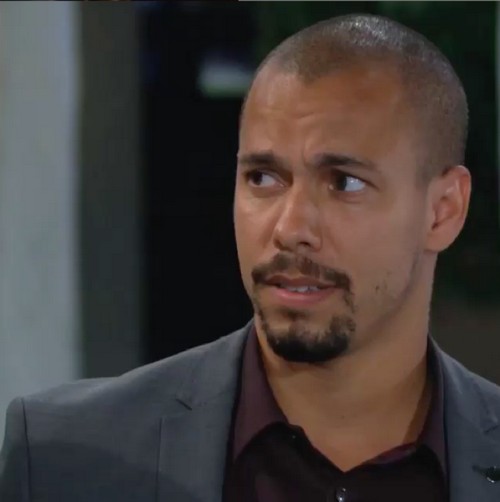 “The Young and the Restless” spoilers for Thursday, July 30, tease that Kevin (Greg Rikaart) will learn no one has reported any dead bodies out at the lake. Marisa (Sofia Pernas) will believe that Marco (Peter Bergman) could be out to get them. Noah (Robert Adamson) will encourage Marisa to stay in Genoa City where he can use the Newman family resources to keep her safe.

Michael (Christian LeBlanc) will come into the police station and find Lauren (Tracey E. Bregman). Lauren will give him updates on Paul (Doug Davidson) and how Christine (Laralee Bell) is supporting him. Michael will note that a good husband should be grateful to have someone in his corner. Once Lauren heads out, Michael will have a chat with Detective Harding (Chris McKenna). Harding will say that they’ve dropped the charges against Victor (Eric Braeden), but they still have suspicions about what happened that night at the park. Kevin and Mariah (Camryn Grimes) will show up to give Harding the news about Marco. After they talk for a few minutes, Harding will decide he doesn’t trust Marisa.

A drunken Cane (Daniel Goddard) will argue with Lily (Christel Khalil) at the athletic club. Joe (Scott Elrod) will try to intervene. Meanwhile, Devon (Bryton James) and Hilary (Mishael Morgan) will talk about their commitment to each other. Hilary will say she’s positive Devon is the man she’s meant to be with. They’ll agree this marriage will last forever. Lauren will arrive with some wedding dresses and Devon will depart. Once they’re alone, Hilary will confess that she can’t stop thinking about how much she hurt Neil (Kristoff St. John). Lauren will give her a pep talk and Hilary will decide she wants to focus on having a problem-free wedding.

Other “Young and the Restless” spoilers say Nikki (Melody Thomas Scott) will be worried that Neil is going to act on his desires for revenge. Nikki will believe Neil needs to focus on positivity right now. By the pool, Colin (Tristan Rogers) will suggest that Devon should have a bachelor party. Cane will offer an apology to Devon for lashing out and he’ll agree to attend the boys’ shindig.

Joe will ask Lily if she’ll have dinner with him and she’ll accept the invitation. When Joe gets flirty, Lily will think this date might be a mistake. Joe will say he doesn’t approve of the way Cane has been treating Lily. Joe will add that Lily seems to be holding out hope that she’ll work things out with Cane. Meanwhile, Michael will urge Cane to give Lily a pass on her one-night stand. Later, Lauren will approach Michael and hint that she might be ready for forgiveness. As Joe tries to get Lily to move on, he’ll give her a steamy kiss. Cane will come around the corner just in time to see the smooch.

Neil will let Hilary know he won’t interfere with her big day, but he doesn’t want to attend the wedding. It would be far too awkward. As the bachelor party gets underway, Colin will drug Devon’s drink. Colin will toast to revenge and living well. The hired girls will come on pretty strong. Before you know it, Devon’s shirt will be ripped open and he’ll be led into the bedroom. Colin will be filming nearby. Once he has the footage, Colin will send it to Neil’s phone. Y&R rumors indicate that Neil will use the video to get the ultimate revenge. Stick with the CBS soap to see if Neil will crush Devon and Hilary’s dreams.