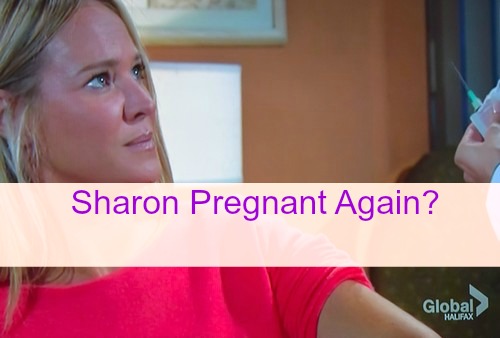 “The Young and the Restless” spoilers tease that Sharon’s (Sharon Case) secret is in danger of being exposed. Patty (Stacy Haiduk) recently planted a seed of doubt in the mind of Sharon’s doctor. As a result, Dr. Anderson (Elizabeth Bogush) decided to get to the bottom Sharon’s baby situation. In the Friday, October 2 episode, Sharon learns she needs to have blood work done to see if she’s properly absorbing her medication. In reality, Dr. Anderson primarily wants to make sure Sharon isn’t faking her pregnancy.

Naturally, Sharon gets a little nervous that Dr. Anderson will find out there’s no bun in the oven, but her fears are quieted when Patty returns to apologize for doubting her. Patty reveals that the blood test proved Sharon is pregnant. Sharon is pleased with the news and later lets Dr. Anderson know she’s ready to go home.

However, Dr. Anderson replies that Sharon’s blood work indicated she’s in the middle of a bipolar episode. It’s best if Sharon remains at Fairview. Dr. Anderson injects Sharon with something to make her drowsy. When Dr. Anderson leaves the room, Patty sneaks in and starts suggesting baby names to Sharon.

Now the question is: where is this “Young and the Restless” storyline going? Sharon wasn’t pregnant when she came to Fairview so the blood test results have obviously been tampered with. Based on Sharon’s reaction, she’s likely not the one to blame. We don’t know for sure what Sharon was thinking when she checked into this facility, but it appears she just needed time to sort things out.

Sharon may have thought she could get a bit of guidance and eventually find a way to gently tell Dylan (Steve Burton) about the miscarriage. Sharon probably wouldn’t be so giddy and excited to get back to Dylan unless she genuinely thought she was pregnant again.

Assuming that Dr. Anderson is on the up and up, that pretty much leaves Patty as our culprit. As soon as Sharon entered Fairview, crazy Patty latched onto her new pal. Since Patty is always lurking, she might have been able to creep in the lab to pull a switcheroo. There’s bound to be a pregnant patient with the same blood type in Fairview. Maybe that’s why the results said Sharon was in the middle of a bipolar episode. Though Sharon has been slightly on edge, she’s still been acting relatively normal (at least for Sharon) over the last few weeks.

It’s possible that Patty desperately needs a friend and she wants to keep Sharon around as long as she can. Patty also seems to have developed an obsession with the idea of Sharon having a baby. After all, Patty knitted some booties and she’s considering what Sharon should call her child.

Perhaps Patty is already plotting to steal Sharon a kiddo. Who knows? When Nick (Joshua Morrow) learns Sage (Kelly Sullivan) has been lying about Adam (Justin Hartley), she might even have a breakdown and be sent to Fairview. Sage has a baby that’s just begging to be stolen.

Unfortunately, Sharon will probably be held responsible for whatever bizarre plot Patty concocts. That’s just the way the cookie crumbles for Sharon. In fact, Patty’s scheme could begin to mess with Sharon’s mind. Y&R rumors hint that things are headed downhill fast. Stick with “The Young and the Restless” for updates on what Patty may have planned.

So Y&R fans, what do you think about the odd results of Sharon’s blood work? Did Patty do some swapping? Is something up with Dr. Anderson? Will Patty’s potential plan cause Sharon to unravel? Let us know what you think in the comments below and don’t forget to check CDL often for the latest “Young and the Restless” spoilers, rumors, updates and news.