The Young and the Restless (Y&R) Spoilers: Phyllis Pregnant With Marco’s Baby – DNA Test Shows Jack Not The Father? 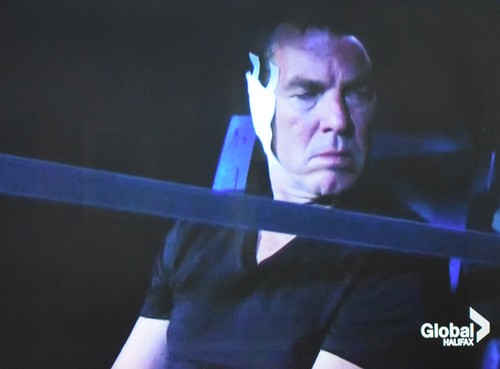 “The Young and the Restless” spoilers for the November sweeps already have fans buzzing with anticipation wondering if the rumors that Phyllis Abbott (Gina Tognoni) is pregnant with Marco Annicelli’s (Peter Bergman) baby are true. It has only been three weeks on Y&R since Phyllis found that she was been sharing her bed with the Peruvian drug lord – not Jack Abbott (Peter Bergman).

Phyllis Abbott will be – at first – thrilled with the news that she is pregnant. Red and Jack have wanted a little Abbott bundle of joy since they married the first time. Jack will be excited to discover he’s going to be a father again. Maybe this time Jack will actually have the opportunity to raise one of his biological children.

The excitement will spread to the entire Abbott family – and maybe a Newman or two. But doubt may creep, causing Phyllis and Jack to seek out a paternity test. That joy will turn horror when results reveal that the wee one has Marco’s DNA and not Jack’s. The news will devastate the Genoa City power couple, but they will pretend it doesn’t matter. For the sake of the baby, Mr. and Mrs. Abbott will keep the baby’s true paternity a secret. At least as much of a secret as anything stays on Y&R… The last thing they need is for Marco to find out he has fathered a child.

Victor Newman (Eric Braeden) always has his finger on the pulse of everything that happens in Genoa City and it probably won’t be long before he discovers the paternity test results. Would Victor be so diabolical as to reveal those results to Marco or hold them over his rival, Jack, in some manner? Can a prison cell in Peru keep Marco from returning to Genoa City? And what about Marco’s chopped ear that was lopped off to prevent him from ever impersonating Jack Abbott again? An excellent plastic surgeon could reconstruct the ear and the monster of a man could silently slither back to Genoa City and resume Jack’s identity. Or – God forbid – kidnap the child and disappear into the rain forests of Peru never to be heard from again.

If Genoa City residents think Marco Annicelli has left Genoa City for good, they may want to think again. After all, Sheila Carter (Kimberlin Brown) assumed Phyllis identity to sneak back into town. Then, her sister Sarah Smythe (Tracey E. Bregman) terrorized Lauren Fenmore Baldwin (also Tracey E. Bregman). And don’t forget that Victor seems to take great pleasure in changing a person’s appearance and bringing them to town in order to torture the Abbotts. He paid for Patty Williams’ (Stacy Haiduk) plastic surgery and when she arrived in GC she passed herself off as Dr. Emily Peterson.

If Phyllis is pregnant with Marco’s baby then The Young and the Restless viewers probably HAVEN’T seen the last of the murdering drug lord. Tell CDL what you think in the comments below.