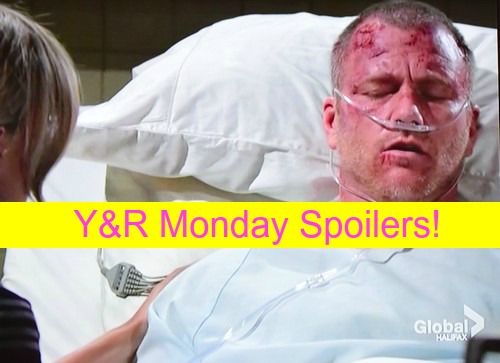 Here are some “The Young and the Restless” spoilers for the Monday, November 9 episode. In the wake of the Newman disaster, more plots are afoot involving Stitch, Sharon, and Hilary. Just because the flames have died down at the Newman tower doesn’t mean certain people in Genoa City won’t get burned! Here’s what you can expect on Monday’s Y&R.

Dylan McAvoy (Steve Burton) has had enough of Dr Anderson’s (Elizabeth Bogush) prevarication about Sharon Newman (Sharon Case). He demands to see Sharon, but Dr Anderson distracts Dylan with a “sonogram” of their baby.

Looks like Dr Anderson is prepping Dylan and Sharon to take on Christian whom she stole from the hospital as part of her awful revenge scheme. Dylan is very worried about Sharon in light of Patty William’s (Stacey Haiduk) escape from Fairview. 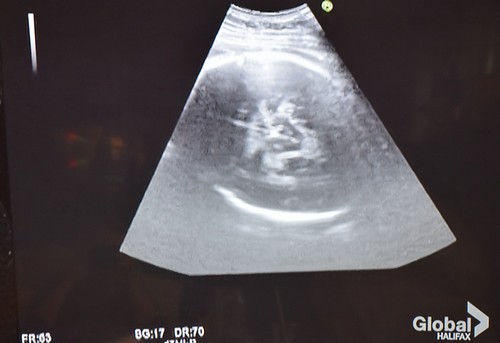 Dr Anderson finally allows Dylan to video chat with Sharon while she lurks in the room observing Sharon who continues to be drugged to the gills. Sharon has also been conned by the sonogram and tells Dylan they’re having a son.

Of course Dr A can’t let Dylan see Sharon until her scheme is done because he’ll figure out the pregnancy ruse. Dylan tells Dr A about Patty’s cryptic message that “you can’t trust her.” Dr A says Patty was obsessed with Sharon and they shouldn’t tell her Patty is dead.

Dr A’s redirects work for now. But then Sharon sees Dr Anderson taking the fake baby bump off of her stomach and asks what she’s doing. Looks like it’s time for another dose of medicine for Sharon… 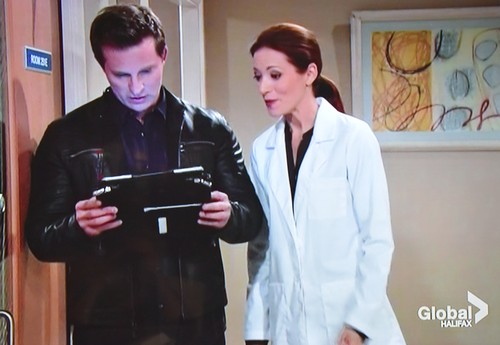 Later at the hospital, Dylan will share with Nick Newman (Sharon Newman) that he’s having a son and then will feel bad for telling him this when Nick and Sage Newman (Kelly Sullivan) just lost their baby son Christian. Awkward…

Sage is conked out on a sedative due to her grief so Victoria Newman (Amelia Heinle) offers to help Nick make arrangements for Christian’s memorial. Sage wakes and is furious at Nick for making final plans for their son.

She’ll rant at Nick for making her go to the Halloween gala so they weren’t at the hospital when their son died. Sage will tell Nick their marriage is done – her grief is eating away at her confidence in their relationship – and the death of a child is often the death knell of relationships. 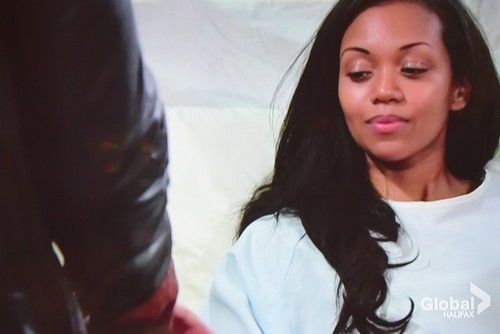 Stitch Rayburn (Sean Carrigan) is still out while Billy Abbott (Burgess Jenkins) comforts Ashley Abbott (Eileen Davidson). Billy wonders why Ashley is so overwrought over this. Stitch wakes and it’s Ashley that he wants – not Abby Newman (Melissa Ordway). Stitch tries to tell Abby but she overtalks him.

Later, Ashley tells Stitch they had some sort of romantic PTSD and it’s not real. She leaves the room and starts sobbing which makes Billy wonder what’s up. Later, Abby and Stitch start making wedding plans.

Ashley and Billy talk about Ian Ward’s (Ray Wise) evil plans to kill them all in the Newman Tower blaze. Ashley is not certain that Paragon died with Ian even though Billy seems confident it’s over. Billy tells Victoria he has some ideas on how to rebuild Newman.

Billy thinks Newman Enterprises should move in with Jabot and be corporate roommates so they can deal with the fallout from Paragon together. Victoria isn’t sure this is a sound idea. Wait ‘til Victor Newman (Eric Braeden) hears this notion!

Gwen and Neil talk over lunch while Devon Hamilton (Bryton James) visits Hilary at the hospital. Hilary tells Devon they are over but he’s still optimistic and offers her a place to stay at the GCAC while she recovers. He tells her he’ll wait for her to remember their love.

Later, Hilary is thrilled when Neil visits and tells him she’s excited to leave the hospital soon but isn’t sure where she wants to go. Devon and Gwen talk at the GCAC and Gwen drops a huge clue that Neil is a culprit in Hilary’s disappearance.

But when Devon tries to get more info, Gwen gets cagey but then encourages him to keep working on Hilary. After Neil leaves Hilary, she gets some flashbacks of kissing Devon. How long until Hilary remembers the fall and the boathouse coma?

Don’t miss a moment of Monday’s action-packed episode then come back to CDL for more “The Young and the Restless” spoilers, casting news and more.