‘The Young and the Restless’ Spoilers: Ashley Jealous of Stitch and Victoria – Phyllis Catches Jack In Bed With Kelly! 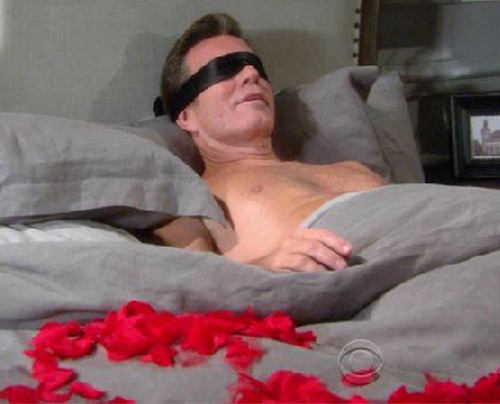 “The Young and the Restless” spoilers reveal that the episode of the CBS soap airing on Tuesday January 13 will be another exciting one packed full of drama. The rivalry between Kelly and Phyllis reaches a monumental moment on the all new episode when Phyllis catches Jack in bed with Kelly in a hotel room. However, according to Y&R spoilers for tomorrow’s episode, it looks like Phyllis orchestrated the entire thing herself. Why would she trick Jack and Kelly into getting into bed together, just so that she would walk in on them and catch them?

In other “The Young and the Restless” news with all of the scandal in Genoa City, we nearly forgot that Stitch had a hot and steamy one night stand in the shower with Ashley Abbott. Apparently, Ashley hasn’t forgotten about it though – and spoilers reveal that on Tuesday she will act unusually jealous towards Victoria and is not happy to see her at Jabot. Ashley insists that she just doesn’t want any more of Victor’s spies in through the doors – but it definitely appears that she may be jealous of Victoria and Stitch.

“The Young and the Restless” spoilers for Tuesday January 13 also reveal that fans can expect to see a major fall out between Devon and Hilary when Gwen makes it painfully obvious that she hooked up with Devon. Y&R spoilers tease that Hilary is furious that he would cheat on her, which really is ironic because she is the one cheating on Neil every time she is with Devon. However, Devon throws her off and reveals that the only reason he hooked up with Gwen is because he knows she and Neil are trying to have a baby together. It looks like this really might be the beginning of the end for the scandalous couple.

So Y&R fans, do you think that someone set up Kelly? Or did Kelly orchestrate the entire hotel room fiasco and is just playing innocent? Do you think Ashely has feelings for Stitch – will Victoria learn the truth about Stitch sleeping with Ashley? Let us know what you think in the comments below and don’t forget to check CDL tomorrow for more “The Young and the Restless” spoilers and news.