The Young and the Restless (Y&R) Spoilers: Jack Gets Blamed for Marco Nightmare and Jabot-Newman Merger 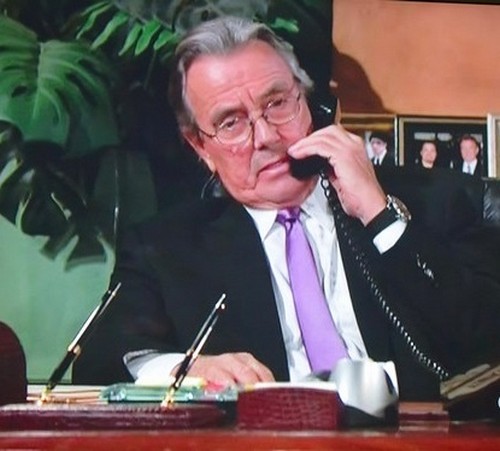 “The Young and the Restless” spoilers predict how Victor will worm his way out trouble and pin all the responsibility for the Marco-created mayhem on poor Jack. The Y&R writers have a way of making sure Victor Newman (Eric Braeden) never pays for any of his shenanigans. Every time you are sure the great Victor will finally pay for his crimes, the plot changes and in the end he looks like the hero. Fans are predicting this will happen, yet again- when Marco (Peter Bergman) is finally brought to justice.

A few months ago, Marco arrived in Genoa City with the sole purpose of taking over Jack’s (Peter Bergman) life. He recalled that Victor helped get him out of prison, coached him on how to become Jack Abbott, and provided him with the cash to pull the scam off. At first, fans were excited at the realization that it didn’t appear that Victor would be able to get out of this mess. The “Y&R” spoilers are in – it looks like Victor may get out of serving anytime again.

When Marco took over Jack’s life a few months ago, Victor thought he finally got the best of Jack. He was sure this time he would win the age-old battle between the families. Victor set it up so Jack’s family would start to doubt Jack’s sanity. He knew the Abbott’s would never agree to a merger, but Marco did. The fact he signed Jack’s name to the contracts for the merger implicated Jack in the business deal.

For the most part, Jack has refused to fight back against Victor. He feels defeated and outraged that Marco was able to take over his life so easily. On the Aug. 19 episode, Jack wondered if there was anything he could do to stop Marco.

Victor appeared to want a truce with Jack. He signed over control of Jabot without a fight. In exchange for Jack’s family’s company, Victor wanted Jack to promise he wouldn’t reveal Victor’s connection to Marco. Of course, Jack agreed. Phyllis (Gina Tognoni) told Paul (Doug Davidson) that Jack and Marco had been business partners years ago. They needed a reason to explain why Marco would target them, however, it is looking like Victor will slip away again without paying for all the torment he caused Jack, Phyllis, and Summer (Hunter King).

Do you think Victor will get away with murder this time? Even if Victor didn’t kill Courtney (Kelli Goss) and Austin (Matthew Atkinson) with his own hands, he is totally responsible. He released Marco the animal on Genoa City, and he will just walk away?

Will Paul and his crew be able to capture Marco? Is it possible he will get away, again? The biggest question is will Victor finally pay for his long list of crimes this year? Tell us what you think about the Jack doppelganger storyline in the comments below. And as always, stay tuned to CDL for the latest The Young and the Restless spoilers, rumors, and soap opera news.