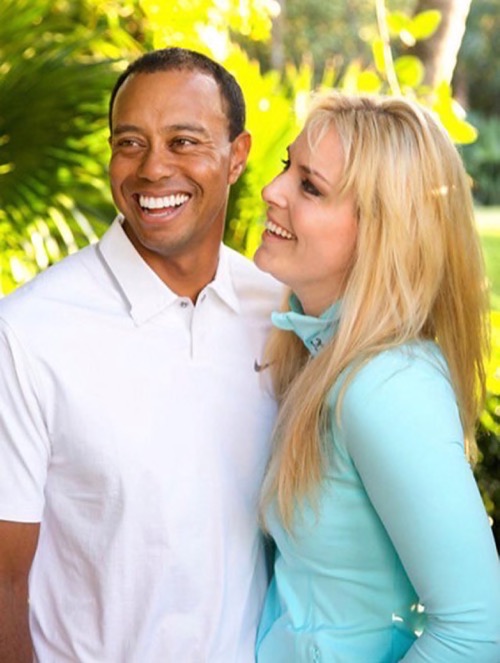 It’s been a little while since we last heard from Tiger Woods, but according to Radar and Daily Mail Online, the golf superstar has recently “had a relapse in the sex department.” Woods is being accused of cheating on Lindsey Vonn, which is now being noted as the true reason behind the their split.

An inside source spilled their secrets to Daily Mail and said that the golfer had returned to his bad habits during his three year relationship with Vonn.

As you can probably recall, Tiger Woods made headlines six years ago when his sex addiction and serial cheating on his now ex-wife, Elin Nordegren, came to light. Woods claimed that he had straightened up his act, but according to this source, that is not the case at all.

It was Tiger Woods’ two timing and cheating that drove his newest relationship to an end as well. The source tells the outlet, “Lindsey found out about women again. Always while he’s on the road. Just like when he was with Elin.”

The source claims that the last straw in the relationship came in February, 2015, after he lost a golf tournament. “Most men would drink over such losses; Tiger has sex over it.”

Unfortunately for Tiger Woods, he did not get away with it this time. After he was witnessed with the woman he had split with, the insider says Woods “became concerned and eventually he decided to confess to Lindsey — something he didn’t do with Elin.”

Woods believed that owning up to his actions would be a better strategy, but Lindsey was not going to deal with cheating at all. She did not give Woods a second chance and wanted to break up the minute she found out.

“Lindsey is not like Elin, the long suffering wife who will turn a blind eye — she knew that one relapse could lead to two and three and then, he’s off to the races.” Can you really blame her?

The source revealed that Tiger Woods had recently skipped a therapy session regarding his sex addiction, and then he broke down and had the affair. They end by saying, “Why would she think her Tiger would change it’s stripes? She knew what she was in for. She reads the papers.”

We have to agree. Once a cheater, always a cheater.